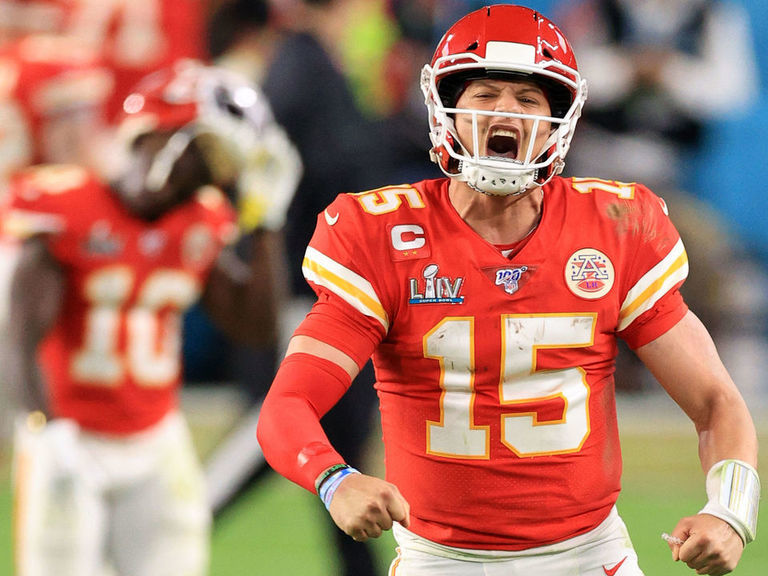 The first game of the 2020 campaign is on its way, so theScore’s NFL staff is kicking things off with playoff, Super Bowl, and awards predictions for this season.

The addition of Philip Rivers gives us plenty of hope that the Indianapolis Colts can win their first division title since 2014. The Buffalo Bills are also trying to return to the top of the division and kick off the season as our favorites in the AFC East.

The star-studded Tampa Bay Buccaneers are expected to end the franchise’s playoff drought, but they’re not yet the favorites over the New Orleans Saints in the NFC South. We’re also looking for the Arizona Cardinals and Atlanta Falcons to bounce back from 5-10-1 and 7-9 seasons, respectively.

All but one picked the reigning Super Bowl champion Kansas City Chiefs to return to the conference title game. It’s widely expected their opponent will be one of two AFC North powerhouses.

As was the case with the AFC, there’s a clear favorite to make it to the NFC Championship Game. However, there’s a ton of variety when it comes to who we believe the Saints will face, as the conference is shaping up to be a slugfest.

Unsurprisingly, five out of nine editors have the Chiefs hoisting the Lombardi Trophy again. The bigger shock may be the team that received the second-most votes to win Super Bowl LV: the Dallas Cowboys.

Rookies of the Year

There’s an obvious favorite to win the Defensive Rookie of the Year, but voters are split on the offensive side of the ball, with Edwards-Helaire, Burrow, and Jeudy each picked more than once.

Players of the Year

Bosa is the slight favorite to take home Defensive Player of the Year honors after an impressive rookie campaign, while Mahomes is the most popular pick to win the offensive award for the second time in three years.

Meanwhile, a quartet of quarterbacks highlight our Comeback Player of the Year choices, with Roethlisberger and Newton standing out as the favorites.

Coach of the Year

Our high expectations for the Cowboys are reflected here, as new head coach McCarthy is the favorite to capture his first career Coach of the Year award.

The MVP conversation is a bit more muddied than one might expect, with three quarterbacks receiving more than one vote and two more also getting a nod. Surprisingly, reigning MVP Lamar Jackson wasn’t among those picked.