The overwhelming majority of Republican voters want President Trump or his policies, centered on economic nationalism, to continue leading the GOP, a new survey finds.

The post-election survey, conducted by Echelon Insights, found that 39 percent of Republicans and Republican-leaning voters want Trump to stay the leader of the GOP.

Another 33 percent said Trump’s policies — tariffs on foreign imports, immigration reduction, and opposition to foreign interventionism — should be continued as the main goals of the Republican Party with “a more disciplined personal style.”

Not an option for GOP voters, the survey finds, is a return to the globalist agenda of George W. Bush and the corporatist campaigns of failed presidential candidate Sen. Mitt Romney (R-UT). Less than 1-in-6 Republicans and Republican-leaning voters want a return to the Bush/Romney days of the GOP.

Likewise, a majority of 53 percent of Republicans and Republican-leaning voters want to see Trump remain the voice of the GOP. About 31 percent said they want to see someone new, while 15 percent were unsure.

The GOP’s base, non-college-educated voters, said by close to 60 percent that Trump should stay as the key voice of the Republican Party. Only 27 percent of these voters said they want someone new at the helm. 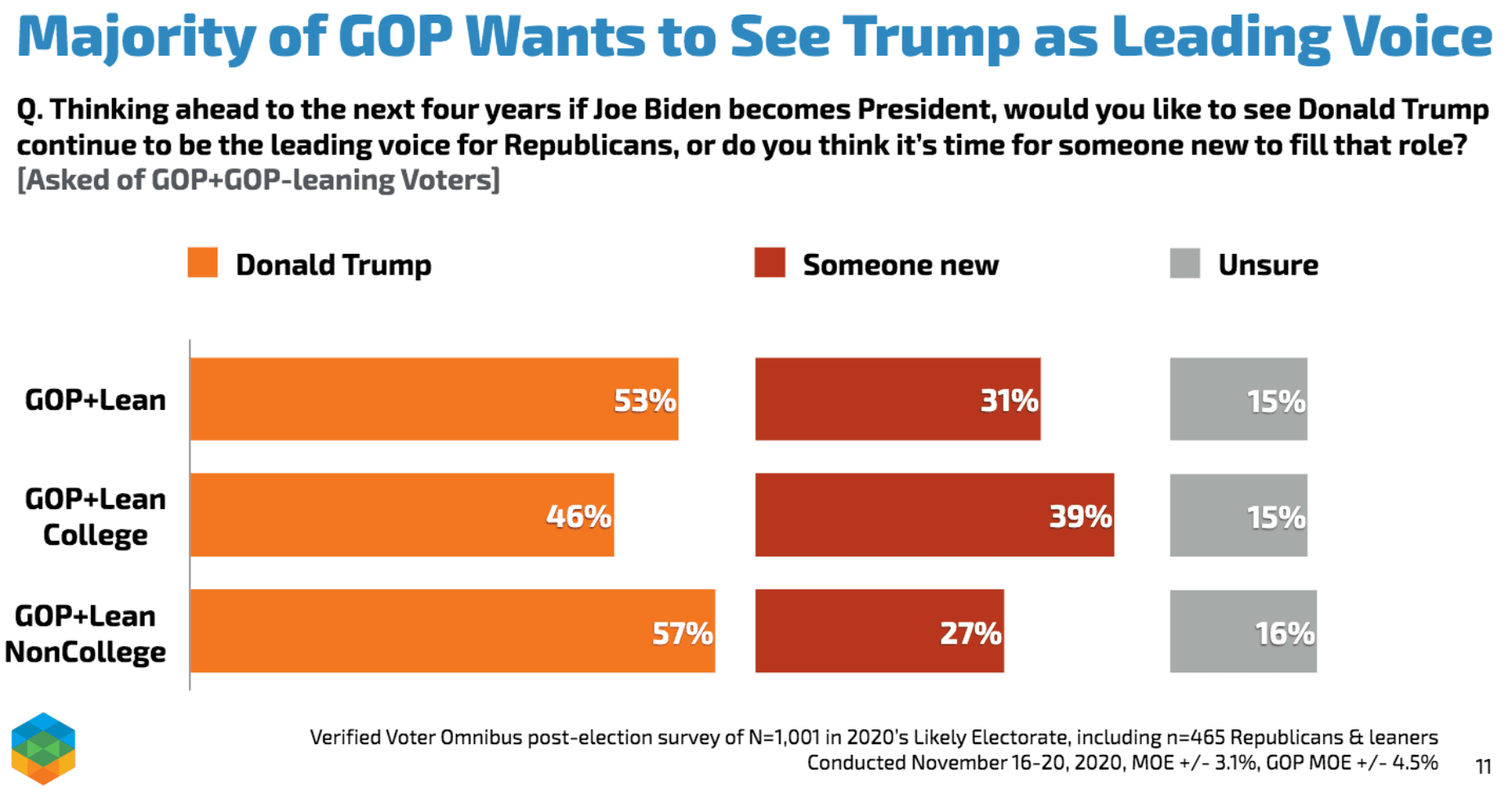 In the November 3 presidential election, Trump garnered support from nearly 72 million Americans, a building out of the Republican base that focused on a populist-nationalist platform — including defending law enforcement, protecting American jobs and industries from foreign competition, and warning about China’s rise as a dominant superpower.

Trump has vastly transformed the GOP into a working class-centric party that has dropped its support of free trade deals like the Trans-Pacific Partnership (TPP) and mass immigration. Likewise, GOP lawmakers have become increasingly critical of corporate monopolies and the growing power of tech conglomerates – far from the past, where Romney once defended corporations and Wall Street.

Woman Reunited with Dog After He Disappeared Seven Years Ago

Biden Increases Vaccine Target To 1.5M A Day — Which Actually Occurred On His First Half-Day In Office

Twitter Encourages Users to Snitch on Each Other with ‘Birdwatch’ Feature

01/26/2021 Bluegrass Direct News
We use cookies on our website to give you the most relevant experience by remembering your preferences and repeat visits. By clicking “Accept”, you consent to the use of ALL the cookies.
Cookie settingsACCEPT
Manage consent