On the latest edition of You Kids Just Don’t Know, FOX MLB analyst Nick Swisher breaks down what made “The Ryan Express” a pitching legend.

In his day, Nolan Ryan was in a league of his own.

Ryan began his career in 1966 as the second-youngest player in the league, at the age of 19 with the New York Mets.

He played five seasons with the Mets, before spending eight with the California Angels, nine with the Houston Astros, and finally, five years with the Texas Rangers.

Ryan is one of only three players in MLB history to have his number retired by at least three teams (Angels, Astros and Rangers), joining the likes of Jackie Robinson – whose number was retired by the league – and Frank Robinson (Cincinnati Reds, Baltimore Orioles, Cleveland Indians)

Ryan struck out 5,714 batters in his career, 17.2% more than the next pitcher on the list, Hall of Famer Randy Johnson.

To put that in perspective, Barry Bonds would have needed to hit 885 home runs to break Hank Aaron’s record by 17.2%.

In the 1973 season, Ryan averaged 10.57 strikeouts per 9 innings (the No. 2 pitcher in the league that year averaged 7.74) and Ryan holds the record for more 300-strikeout seasons in league history with six.

He is the all-time leader in no-hitters with seven, throwing three more than any other pitcher.

Over his 27-year career, Ryan pitched in 807 games, threw 222 complete games and had 61 shutouts. He threw 5,386 innings and struck out 5,714 batters, finishing with an average of more than one strikeout an inning. 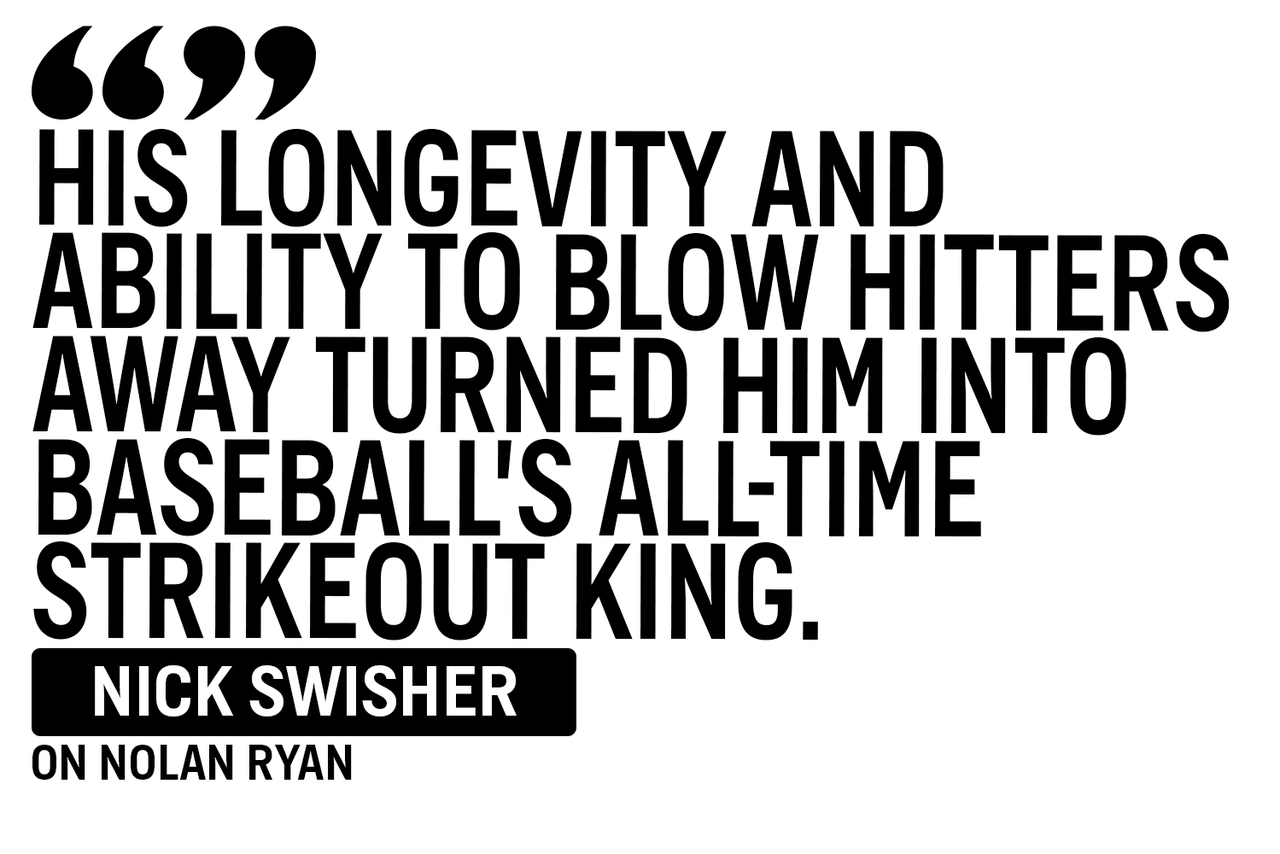 The 2-time NL ERA leader struck out more than twice as many batters as earned walks against him, walking a mere 2,795 hitters in his career.

Lastly, the 11-time strikeout leader is one of only 29 players in baseball history to have appeared in Major League games in four different decades. 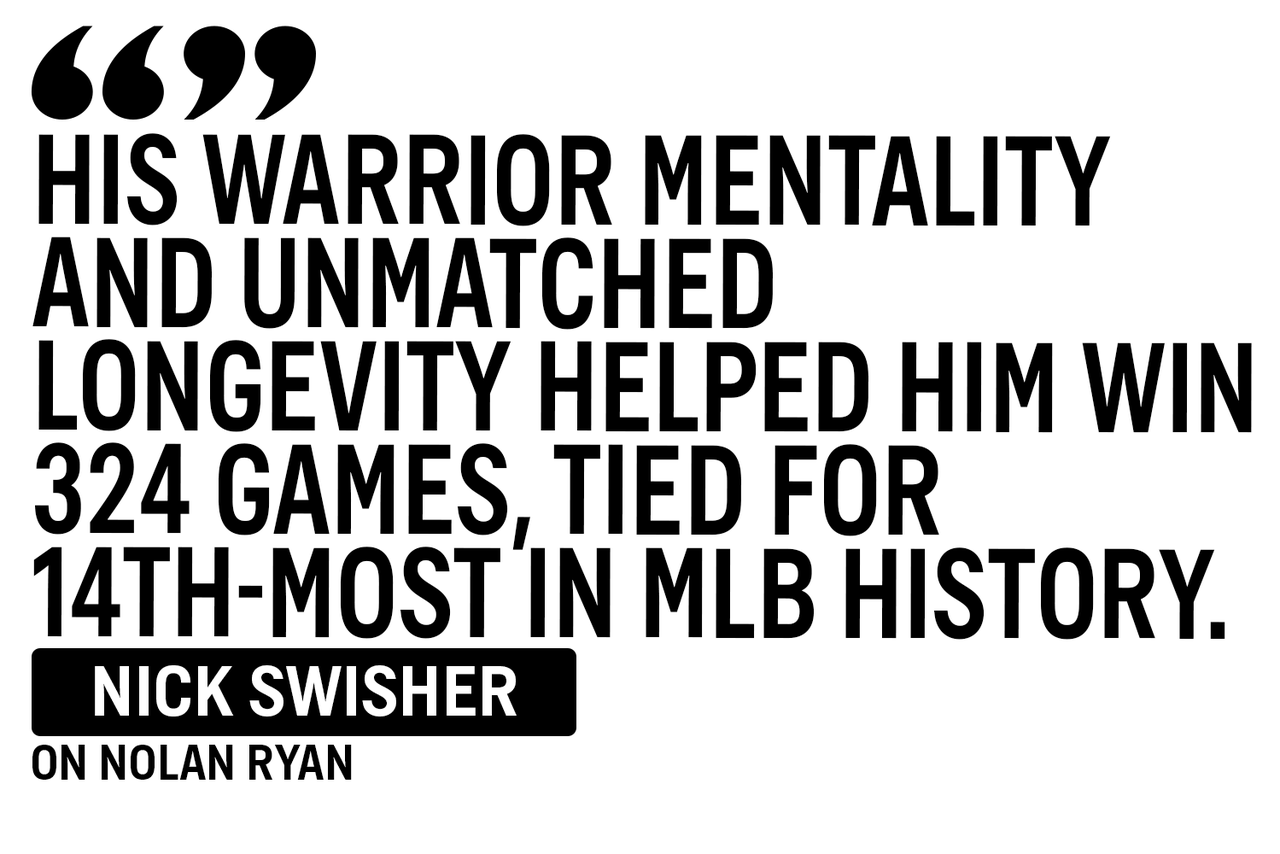 You kids now know – you better know – about Nolan Ryan.

Get more from Major League Baseball Add to your favorites to get information about games, news and more.