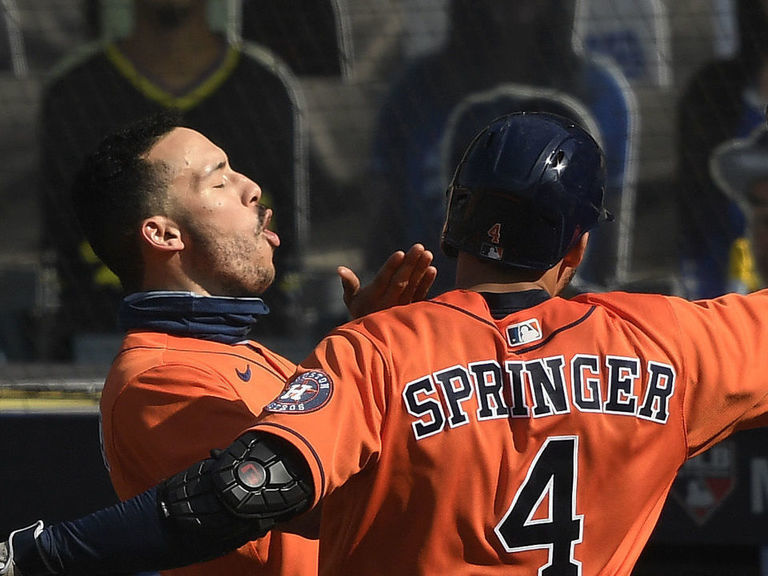 The Houston Astros have taken a commanding 2-0 lead in their best-of-five American League Division Series matchup against the Oakland Athletics, winning 5-2 in Tuesday’s Game 2.

With one more win, the Astros would clinch their fourth consecutive trip to the ALCS. The best-of-seven series is scheduled to begin Sunday and will be against the other ALDS matchup winner between the Tampa Bay Rays and New York Yankees. The Yankees lead that series 1-0.

The Astros have yet to lose a playoff game this year, sweeping the Minnesota Twins in the best-of-three wild-card series to advance to the ALDS.

While the series stays at the neutral-site Dodger Stadium, the Astros will have home-field advantage for Game 3 Wednesday and, if necessary, Game 4 Thursday. If the Athletics can win both games, they will act as the home team for the winner-take-all Game 5.

George Springer‘s postseason heroics continued Tuesday as the outfielder hit a pair of key home runs. With 17 playoff homers in his career, the pending free agent moved into a tie with Nelson Cruz, David Ortiz, and Jim Thome on the all-time list. The only active player with more postseason homers is Albert Pujols (19).

The Astros announced Jose Urquidy as the starter for Game 3. Manager Dusty Baker said veteran ace Zack Greinke has been battling arm soreness and was seen by a doctor, according to Brian McTaggart of MLB.com.

The Athletics have yet to decide on a Game 3 starter.

In a lawsuit filed earlier this week, the United States Department of Justice accused Google of violating Section 2