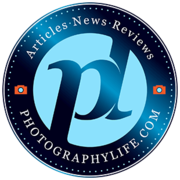 As with everything in [astro]photography, there may not be a single “ballpark” answer.

This is a blend of two images. The first image was of the pueblo while the crescent Moon (20% illuminated) was still above the horizon providing enough light to illuminate the structure.

The Milky Way was taken after the Moon had set and everything was very dark. The camera was mounted on a star tracker to follow the stars instead of creating star trails.

Note that the settings are the same for the two parts of the image. The Milky Way images show the pueblo but it just a dark silhouette unlike the earlier image taken with Moon light.

This is a stack creating star trails and both stars and foreground are from the same image, i.e., there is no blending. There was a Moon (70% illuminated) brightening the canyon.

Whenever possible, I try to shoot astro-landscape scenes when there is some moonlight so that the foreground is illuminated. If there is no Moon and/or no twilight, the foreground may be too dark to capture.

There are no set rules for how to do this — and other photographers will have different workflows and settings.

Sen. Kamala Harris (D-CA) was introduced as the “next president of the United States” at a campaign event in Fort

Governor calls this a “dangerous time” as COVID-19 cases surge