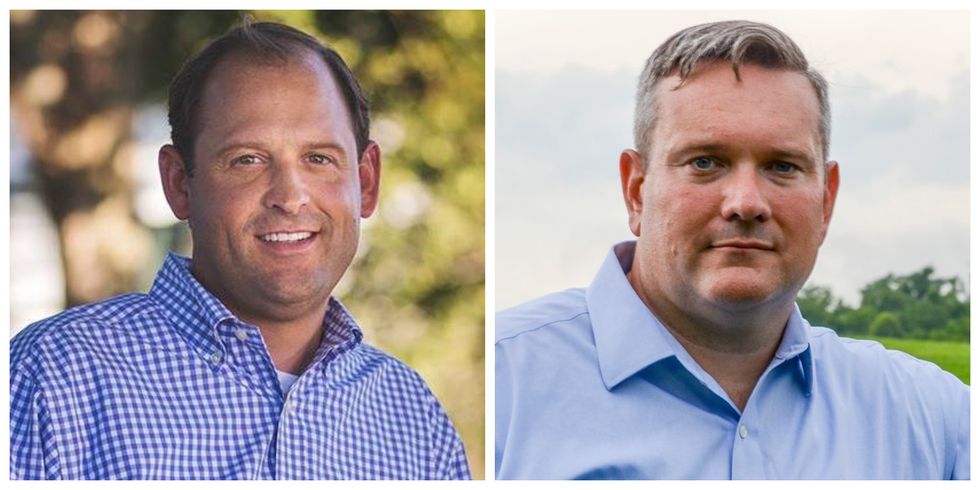 LEXINGTON, Ky. (WKYT) – A heated Kentucky Debate tonight transpired between Republican Representative Andy Barr and Democrat attorney Josh Hicks. Voters heard their takes side by side on issues from the COVID-19 response to racial unrest, to healthcare.

The two are vying for the congressional seat representing the 6th District. It’s one that has flip-flopped between the two major political parties since the 1970s.

Rep. Andy Barr was first elected in 2012 when he defeated Democrat Ben Chandler. Now, Hicks, who switched parties after he says he saw Republican policies favoring the wealthy, hopes to flip the seat back to blue.

The debate quickly turned personal. Following nearly every question about an issue were attacks from both sides. But we started out hearing each of the candidates’ opinion on the response to COVID-19.

“He likes to talk, I like to deliver results and we’ve done that. And yes our nurses didn’t have the supplies they needed so we worked in innovative ways to conserve PPE and keep them out of COVID patients’ rooms and still deliver quality healthcare to them,” Barr said.

“The fact that we’re touting results despite the facts that we have lost more than 100 of your own constituents, it doesn’t make any sense,”Hicks said.

For topics like racial healing, not defunding the police, and sensible border control, both candidates seemed to agree on the position but disagreed on how to get there. In their closing statements, they had a final message for voters.

“I’m running this as a kid from Fleming County, as a person who served his country as a marine, who served his community as a police officer, who now serves clients the best way he can because service means something to me,” Hicks said.

“I’ve met so many wonderful people. I’ve heard about their dreams, their aspirations, their struggles, their family member struggling with addiction, their difficulties in this pandemic, so we have made it our effort, our dedicated mission to fight for the people of central and eastern Kentucky everywhere,” Barr said.

Voters will also get a chance to compare Senate Majority Leader Mitch McConnell and his Democratic challenger retired Lt. Colonel Amy McGrath in a debate on October 12.

On the election process: Both say they applaud KY Sec. of State Michael Adams in the safe options available for voters during the pandemic.

As BABY SUMO, a masterpiece reworking of Helmut Newton’s 1999 tome, hits shelves on what would have been the photographer’s

John Ross of Cincinnati Bengals eager to play, wants out if he can’t

Update: You can take $20 off the Apple Watch Series 6 as well as the SE