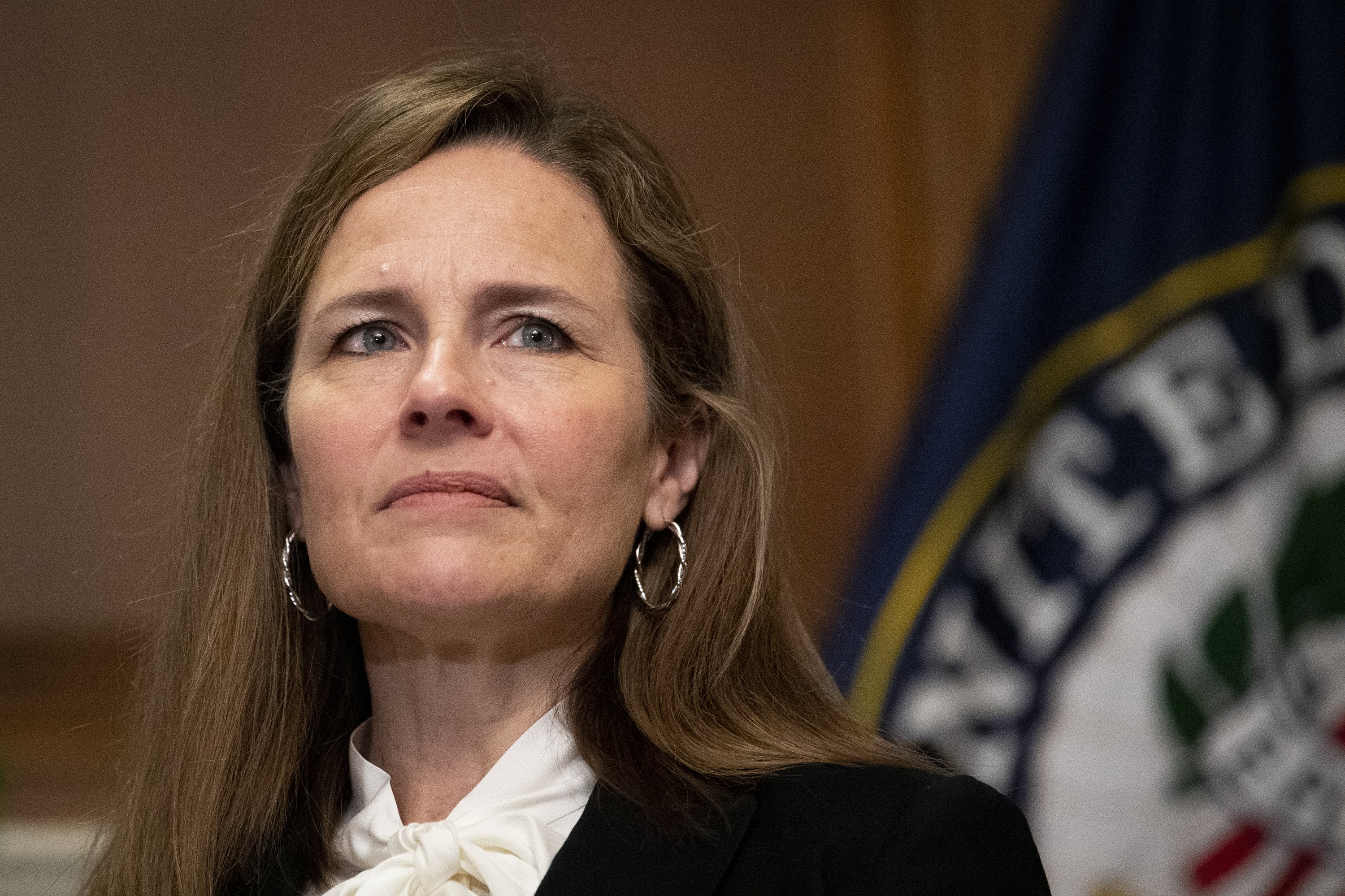 WASHINGTON (AP) — As a young law student, Supreme Court nominee Amy Coney Barrett lived in a house owned by co-founders of People of Praise, a religious community that teaches that men are divinely ordained as the “heads” of both family and faith.

Barrett has not publicly discussed her role with the secretive organization founded in South Bend, Indiana, which some former members have alleged subjugates women. Barrett also did not list the group as among her affiliations on Senate judicial questionnaires filed last month or in 2017, when she was confirmed to her current seat as a judge on the 7th Circuit Court of Appeals in Chicago.

The Associated Press reported last week that documents show both Barrett and her husband, lawyer Jesse M. Barrett, have been involved with People of Praise for decades and have immediate family members who have held high-ranking leadership positions in the group. Amy Barrett’s father served for years as the head of the organization’s New Orleans branch and on its all-male national board of governors. Her mother was a “handmaid,” the term used until recently within the group to describe women entrusted to help guide other female members.

A database that compiles public records and financial information indicates Amy Barrett lived during the mid-1990s in a nine-bedroom house on St. Vincent Street in South Bend. The house is located two blocks from the University of Notre Dame campus, where Amy Barrett attended law school from 1994 through 1997.

The same home address was also listed for Jesse Barrett on a 1998 traffic ticket he received in Ohio, according to a database of criminal records. He attended Notre Dame as both an undergraduate and for law school, between 1992 and 1999.

Deed and tax records show the spacious colonial was owned until last year by Kevin and Dorothy Ranaghan, a couple that helped found People of Praise four decades ago. The Ranaghans also co-wrote “Catholic Pentecostals,” a 1969 book about the religious movement that helped spawn the South Bend group.

Amy Barrett’s past residence in the Ranaghans’ house was first reported by The Guardian. A number listed for the couple was not answered on Tuesday, but Dorothy Ranaghan was quoted by the newspaper as saying the Supreme Court nominee had lived with them.

“Let’s just say it was one of the better experiences of our life,” Ranaghan told The Guardian. “She is just a gem. But I don’t feel comfortable talking right now.”

Amy Barrett, 48, and Jesse Barrett, 46, did not respond to phone messages seeking comment on Tuesday. The couple live in South Bend with their seven children.

People of Praise spokesman Sean Connolly also did not respond to an email seeking comment. He has previously declined to discuss whether the Barretts are members, though Amy Barrett is listed on tax records as serving on the board of private Christian schools affiliated with the group as recently as 2017.

The AP reported last week that numerous mentions of the Barretts, their children and other family members were scrubbed from People of Praise’s website after her name first emerged three years ago on President Donald Trump’s shortlist for a seat on the Supreme Court.

People of Praise’s belief system is rooted in charismatic Catholicism, which emphasizes a personal relationship with Jesus and can include baptism in the Holy Spirit and speaking in tongues. Founded in 1971, the group has 22 branches and organizes and meets outside the purview of the Roman Catholic Church and includes people from several Christian denominations, though the majority of its roughly 1,800 adult members remain Catholic.

Young single members of the group often live together in single-sex group homes or are invited to live with a married couple within the group. Single members are often encouraged to pair off and get married.

People of Praise is opposed to the legal right to an abortion, an issue likely to be raised during Barrett’s Senate confirmation hearings, which are set to begin next week.

Former female members of the group also told the AP last month that a wife was expected to obey her husband’s wishes in all matters, including providing sex on demand and having as many children as possible.

Current People of Praise members, including Amy Barrett’s father, told the AP that suggesting male members dominate their wives is a “misunderstanding” of the group’s teachings and that women are free to make their own decisions.

Gene Stowe, a former member who left the community on good terms around 2011, said the Ranaghans were “amazing people.” He said Kevin Ranaghan had a knack for making his teachings very accessible and for explaining things in a way anyone could grasp.

Stowe recalled one teaching Ranaghan gave when a member of the community ran for a local office in the early 1990s. He said members of the group received an “explicit teaching” that they did not have to vote for him.

“It was up to us to decide who to vote for, not just because he was a member of the community,” Stowe said.

On the clock: A guide to the NFL trade deadline

The military is weaponizing 5G – Video