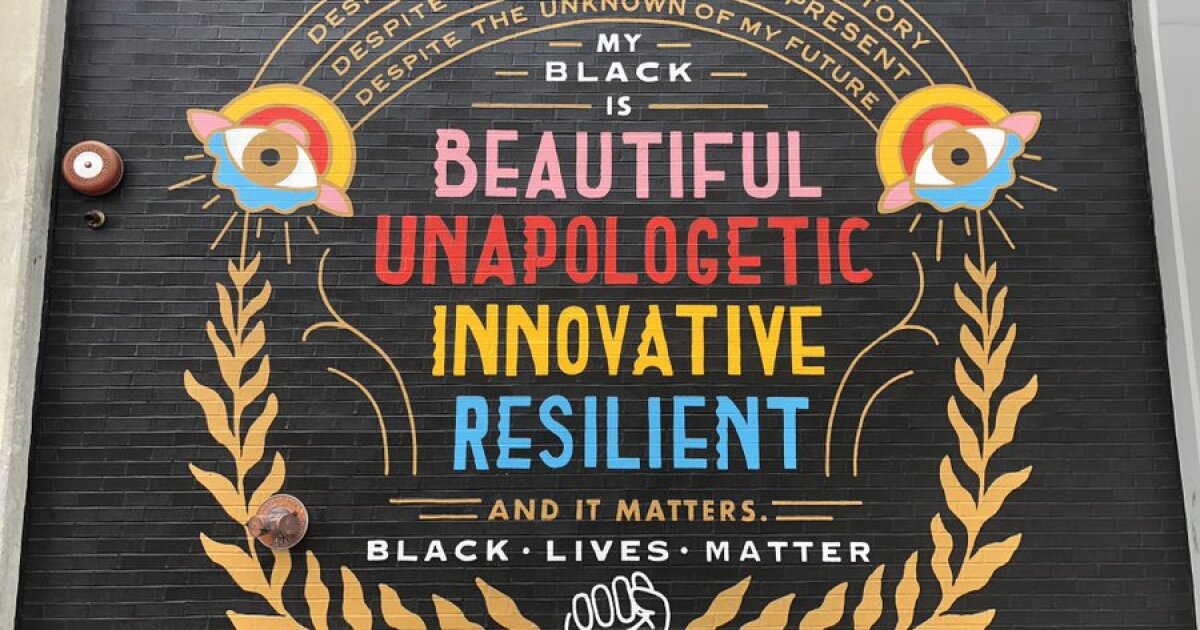 LEXINGTON, Ky. (LEX 18) — A Black Lives Matter mural is now up in the heart of downtown.

Created by local artist, Ciara LeRoy, the artwork is featured on a wall at the corner of Broadway and W Short Street.

The bright colors and powerful messages resonated with a multiple people who passed by the mural on Monday. LEX 18 spoke with some of them.

“It’s not confronting,” passerby, Jedynn Fogle, said on her way to a store downtown. “It’s not throwing it out there at you. It’s a splash of color and it’s just stating it like its information. Like my black is beautiful. It’s unapologetic. It’s resilient and I like how it’s out here for everybody.”

“I appreciate how it’s not like so in your face but it’s also very ‘we’re here and black lives do matter’ and we have to remember that,” passerby, Roxanna Peterson, said on her way to lunch downtown.

The text at the top of the mural reads, “Despite the atrocities of history, despite the perils of the present, despite the unknown of my future.”

LeRoy said that phrase was written by Shady Coutour, a local Black drag queen. LeRoy said she received permission to use the phrase.

LeRoy asked Black Lexingtonians what words she should use for the second half of the piece. The words they chose and were featured in the piece were: “beautiful, unapologetic, innovative, resilient.”

The full text of the mural reads, “Despite the atrocities of history, despite the perils of the present, despite the unknown of my future, my black is beautiful, unapologetic, innovative, resilient, and it matters. Black Lives Matter.”

LeRoy said she wanted the piece to be eye-catching a beautiful, but she also wants it to spark a dialogue that can lead to action.

“I hope that they are challenged to use whatever privilege and whatever influence they have to make a change and dismantle the historic oppression of black people in this country,” LeRoy said.

The mural was sponsored and fully funded by LexPark with the organizational assistance form PRHBTN.