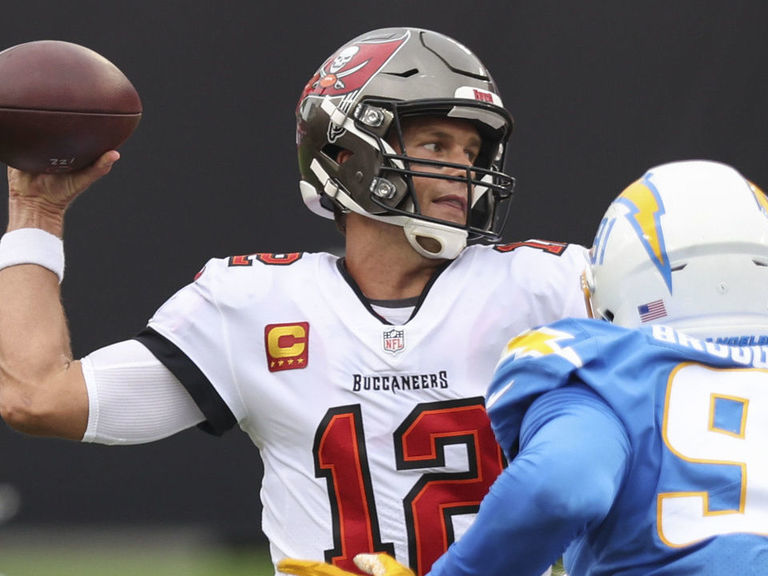 The Tampa Bay Buccaneers quarterback racked up a season-high five touchdown passes to help Tampa Bay earn a 38-31 victory and move to 3-1. It was the fifth five-touchdown game of Brady’s storied career (he also has two six-touchdown performances).

Herbert went throw-for-throw with his legendary counterpart, finishing with three touchdown passes, including a 53-yarder and a 72-yarder.

But L.A. sputtered in the second half after jumping out to a 24-7 lead, while Tampa Bay’s offense caught fire and produced 24 points to earn the comeback victory.

Brady spread the ball around, connecting on scores with Cameron Brate, Mike Evans, O.J. Howard, Scotty Miller, and Ke’Shawn Vaughn. The veteran’s lone misstep came in the first quarter when he surrendered his second pick-6 of the season.

The Chargers fell to 1-3 but will likely be buoyed by another strong performance from their rookie quarterback, who is starting in place of the injured Tyrod Taylor.

In addition to his three scores, Herbert completed 80% of his passes for 290 yards (11.6 yards per attempt) and one interception. The 2020 first-round pick also led the Chargers in rushing with 14 yards on five carries.