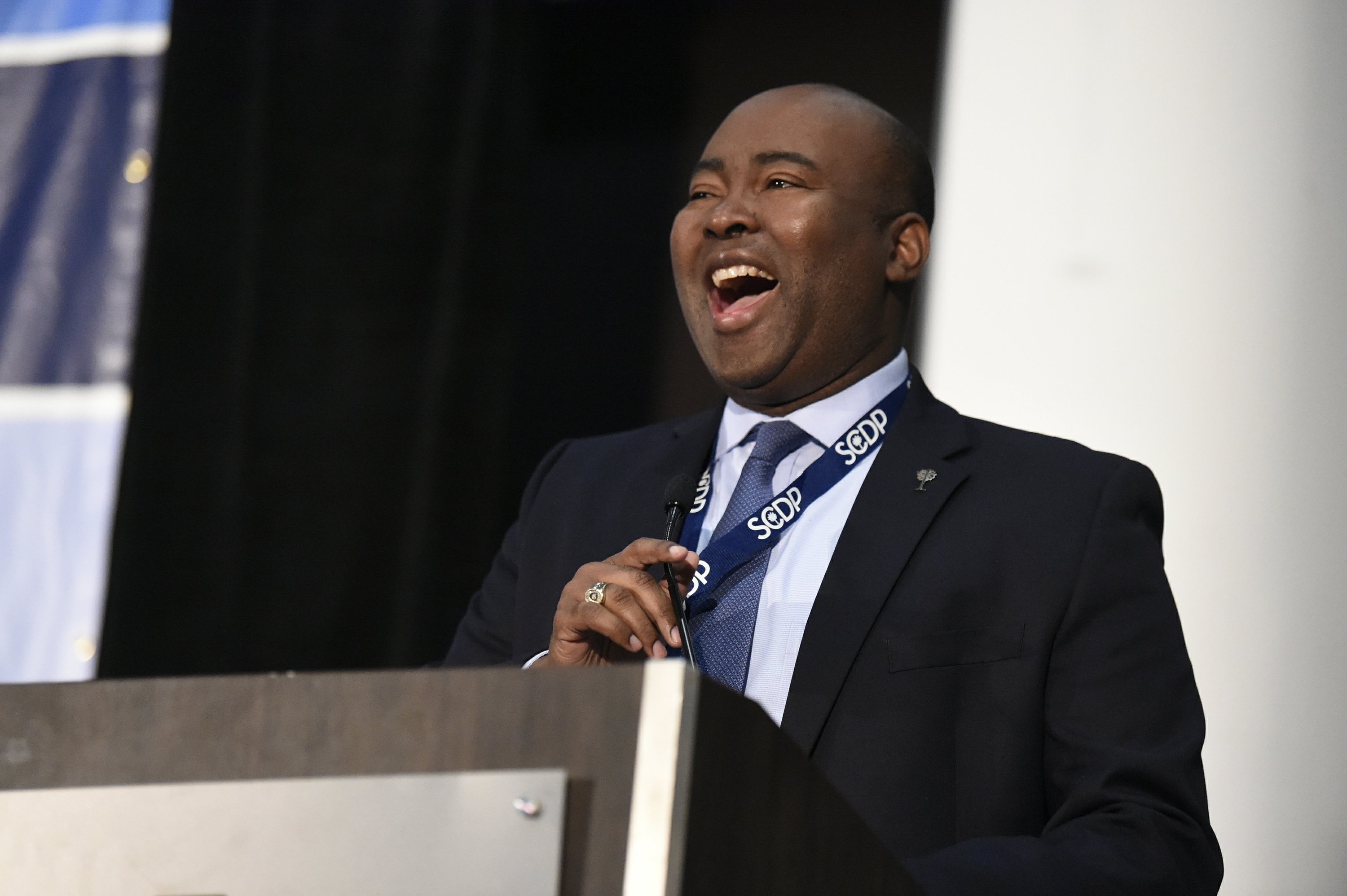 COLUMBIA, S.C. (AP) — It won’t be known until Election Day if a poll showing a tightening contest between Republican Sen. Lindsey Graham and Democrat Jaime Harrison portends an upset — but the gains are real enough in the Democrat’s campaign account.

On the heels of a Quinnipiac University poll that has him tied with Graham among likely voters in South Carolina, Harrison’s campaign has marked two back-to-back fundraising days of $1 million apiece, bringing his total fundraising to over $30 million.

It’s a staggering sum, unheard of for a Democrat competing in this conservative state, and matches what Graham has also raised in his pursuit of a fourth term. It also dwarfs the $10 million figure Harrison previously told The Associated Press he thought necessary to win.

The influx of cash for Harrison — a Democratic National Committee associate chair and former state party chair — is providing a rare opportunity to blanket the airwaves in a place where Democrats haven’t won a statewide contest in 15 years, bolstering the party in their fight to win back the Senate majority.

On Labor Day, the pro-Harrison political action committee Lindsey Must Go flew a banner plane along the South Carolina coast deriding Graham’s stance on offshore drilling, a day before President Donald Trump expanded a moratorium on the practice. This week, the PAC announced it would spend $300,000 on a Charleston-area television ad on the same topic.

“Having that kind of cash available means you can explore many different strategies at one time, which will be difficult for the Republicans to deal with,” said Democratic media consultant Martha McKenna, who has previously helmed media buying for the DSCC. “I think it’s a huge advantage for Democrats that we have not enjoyed in previous cycles.”

National GOP groups including the National Republican Senatorial Committee haven’t devoted the same level of resources to Graham, but the group told the AP on Friday it was monitoring the contest and felt Graham was well-positioned to win it. A pro-Graham PAC, Security is Strength, showed about $1.6 million in fundraising. On his own, Graham has run a vigorous advertising campaign, including criticism of Harrison’s past work as a Washington lobbyist.

Much of Harrison’s money has come from out of state, with national Democrats long ago marking the contest among their top targets. Harrison launched his campaign not in local media but on MSNBC, where he has been a frequent guest and where his campaign regularly advertises.

Harrison and the groups backing him argue that Graham, a Trump critic turned close ally, is too easily influenced by the president. But Graham, who has said “elections have consequences” to explain his previous support of Obama-era Supreme Court picks, used that same explanation in a 2018 interview with the AP as to why his attitude toward Trump had shifted from animosity to alliance.

Trump carried South Carolina by double digits over Democrat Hillary Clinton in 2016, and Republicans control both legislative chambers, all statewide offices and most of the state’s congressional seats. South Carolina is assumed to be safely in his reelection column, and Trump hasn’t announced plans to stump there for himself — or Graham — and is instead spending time in states that are general election battlegrounds.

Trump’s popularity in South Carolina is a significant challenge for the groups working against Graham. Steve Schmidt, co-founder of The Lincoln Project — an outside group of Republicans devoted to defeating Trump — said he’s trying to convince voters that Trump’s relationship with Graham speaks poorly to Graham’s character. His group has paid for jarring ads portraying Graham as a “parasite.”

“You voted for Lindsey Graham before, but this is really the first race where you get to vote for Lindsey Graham where you know, really, who he is,” Schmidt said during a recent meeting with the AP reporters. “Lindsey’s got an affectation as a goofy sidekick, a funny guy. But I think when you strip it all away in 2020, it’s really not that funny.”

Graham, who easily bested several primary challengers, has rarely faced formidable general election competition. In 2014, he defeated a longtime state senator by double digits, with both candidates raising a combined total of less than $8 million.

Terry Sullivan, a GOP consultant who headed up media for Marco Rubio’s 2016 White House bid, said that, while Graham’s national profile has been on the rise since 2016, his home-state status has suffered because of linkages to Trump.

“Lindsey Graham, prior to the last two years, always had the ability to seem the most real and authentic politician in South Carolina, and maybe the country,” Sullivan said. “I can’t help but think, as much as I love Lindsey Graham, is that he’s lost a lot of that in the age of Trump.”

Regardless of Democrats’ attention, said Matt Moore, who chaired the state’s Republicans during the 2016 election cycle, South Carolina voters remain conservative and do not want Democratic representation in the Senate.

“South Carolina Republicans always show up at game time,” Moore said. “Despite the claims of Democrats that they’ve made up ground in the past, there are still no elections the party can point to where they’ve won.”

For Harrison, the survey data — and the windfall it’s created — backs up what he’s said throughout the race: A statewide Democratic win is possible in South Carolina.

“From day one I felt like I could win this race,” Harrison told the AP recently. “I just feel like everybody is coming to where I’ve been since day one of this campaign.”

Meg Kinnard can be reached at http://twitter.com/MegKinnardAP.

With Covid Restrictions Still In Place, These Design Books May Satisfy Wanderlust

Christian Louboutin in Portugal. A lavish floral arrangement assembled by threading flower and … [+] foliage stems into the fabric

What You Missed From Trump’s Rally In Bullhead City, AZ