Jeremy Piven, 55, shows off toned physique while out and about… one day after headlining cancer charity event with his stand-up act

By Kevin Kayhart For Dailymail.com

Jeremy Piven is best known for his scene-stealing performances as Ari Gold during his eight season run on the hit HBO series Entourage.

But lately, the New York City native has focused largely on his stand-up comedy career, with the Emmy winner hitting the stage at Comedy Stars Under The Stars For Prostate Cancer in Santa Monica on Thursday night.

The following day the 55-year-old appeared to be in workout mode when he stepped out to get in some exercise in his adopted hometown of Los Angeles.

Rock solid: Jeremy Piven, 55, showed off his muscled-physique when he stepped out for some exercise, one day after performing his stand-up show at a prostate charity event in LA

Seemingly always in tip-top shape, Piven showed off his toned physique in black shorts and a black t-shirt.

With the COVID-19 pandemic hitting new record highs of new cases on a near daily basis, Piven made sure to wear a protective mask over his mouth and nose while out and about. 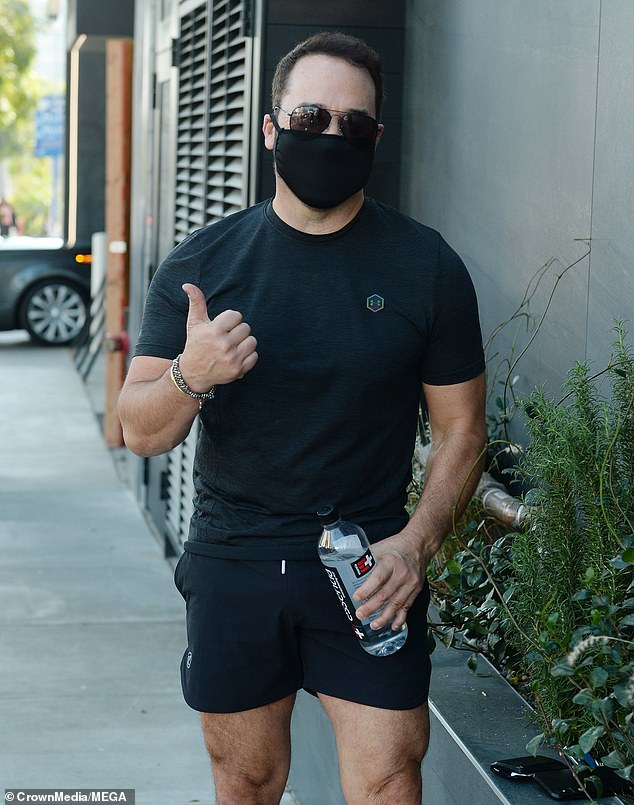 Riding high: The Entourage star gave a thumbs-up as he made his way down the street 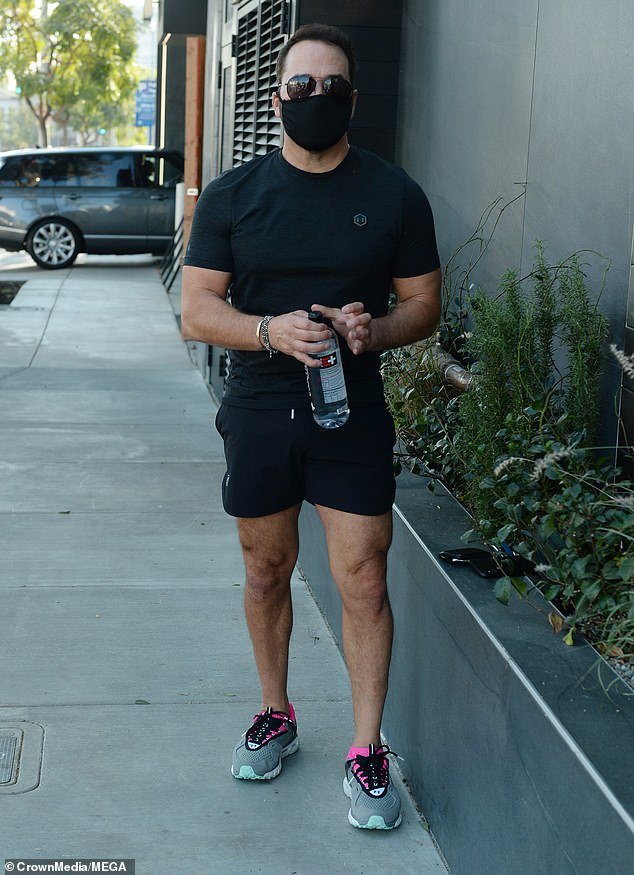 Working it: The New York City native rocked a sporty look in shorts, t-shirt and sneakers

Piven appeared to still be riding high from his stand-up show the previous night when he gave an enthusiastic thumbs-up as he made his way down the street.

The actor and comedian headlined Thursday’s fundraiser for the Prostate Cancer Foundation at Tiato in Santa Monica, which was a safety-first outdoor show with socially distanced seating.

He showed off his animated brand of comedy, to the delight of the crowd, while looking casual-cool in black jeans, a black tee and a brown, suede zipper jacket. 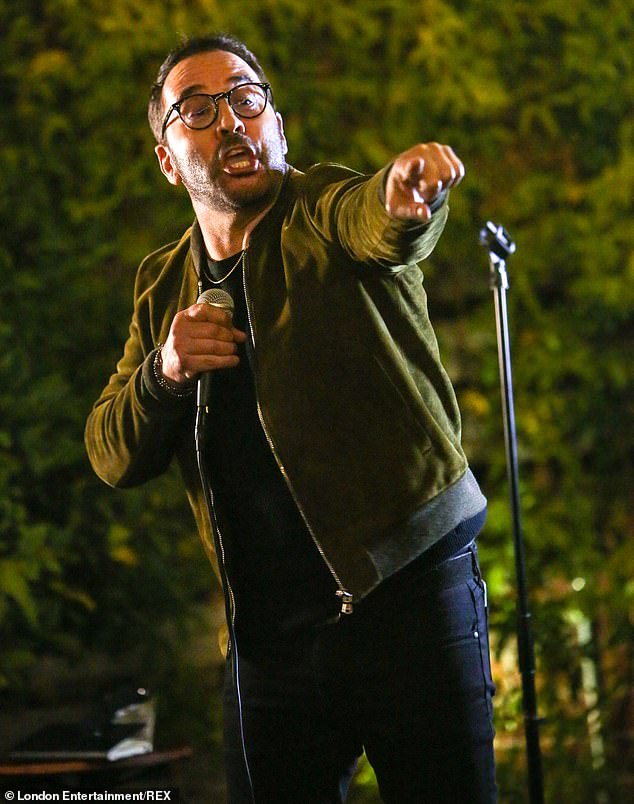 One man band: Piven showed off his stand-up skills when he headlined Comedy Stars Under The Stars For Prostate Cancer in Santa Monica on Thursday night 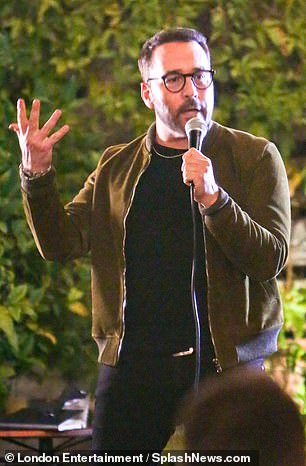 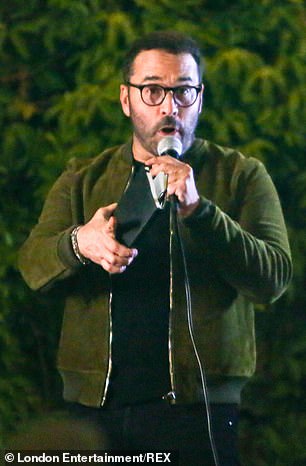 Driven: Piven has been focusing much of his attention in recent years on stand-up comedy

After reaping the rewards of success in both television and films, the high-energy character actor is now driven to succeed in the world of stand-up.

‘I realized very quickly if you’re going to do stand-up the best you possibly can, you have to commit as much time as you can,’ Piven confessed during an interview with the Orlando Sentinel before a show in 2018.

He went on to reveal how he had done 250 shows in the previous year, and how that had put him in a position to where he felt like he had ‘a really nice hour set.’

Piven surmized: ‘If you take a look at my history as a performer, all roads lead to stand-up.’ 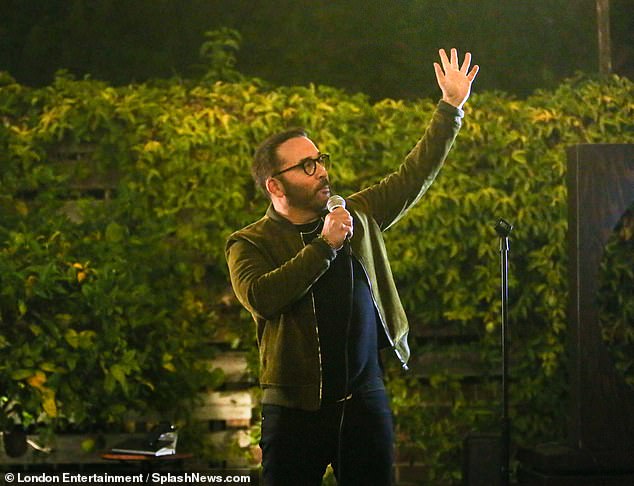 Coronavirus crisis: The event was a safety-first outdoor show with socially distanced seating 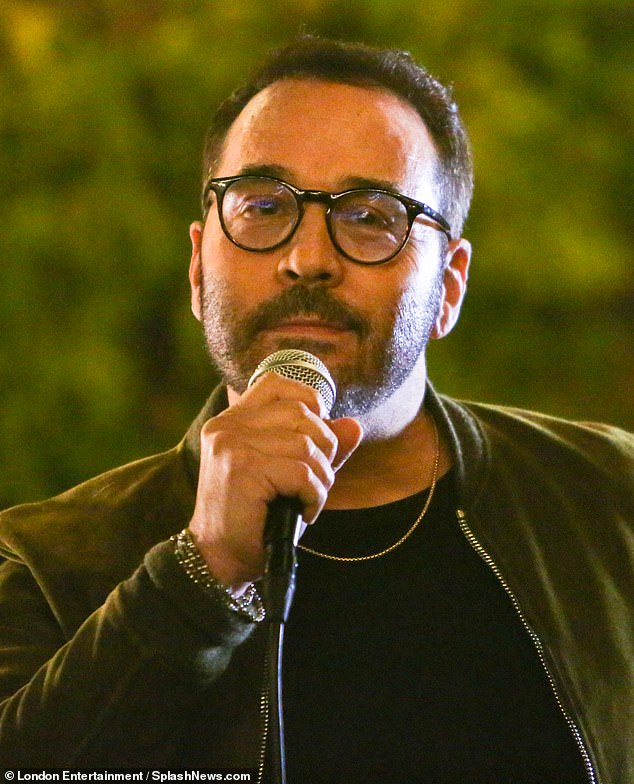 Bonafide TV star: Piven has appeared in no less than three hit television shows, including The Larry Sander Show, Ellen and Entourage

Piven first gained widespread recognition in television as a main castmember of The Larry Sanders Show (1992-1998), which was followed up by a run on the Ellen DeGeneres sitcom Ellen (1995-1998) and eventually Entourage (2004-2011), which became a massive hit.

Along the way he has scored roles in such prominent films as as Grosse Pointe Blank, Singles, Very Bad Things, Black Hawk Down, Old School, and The Kingdom, among other.

Most recently he stars in the holiday romantic comedy — My Dad’s Christmas Date –that premiered on November 6.

Piven has no less than three new films in post-productions: Crabs In A Bucket, Ghost Killers, and American Night, as well as the movie Unto The Son that’s now in pre-production. 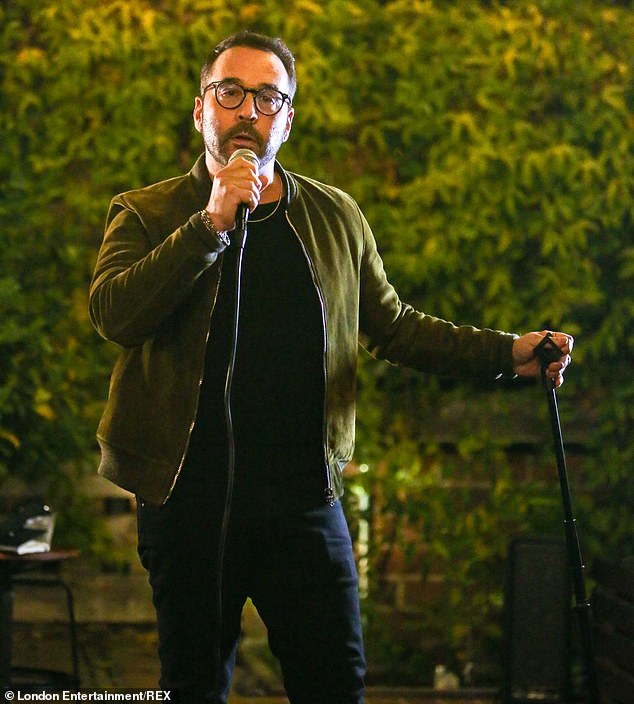 In-demand: Piven has three new films in post-production and a fourth that’s in pre-production

It’s not too late: Taking on takeout containers Video

Lawyer Named on ‘Most Eligible Bachelor’ List Charged with Rape

Impeachment Trial Will Be Delayed Until Week Of February 8

01/22/2021 Bluegrass Direct News
We use cookies on our website to give you the most relevant experience by remembering your preferences and repeat visits. By clicking “Accept”, you consent to the use of ALL the cookies.
Cookie settingsACCEPT
Manage consent