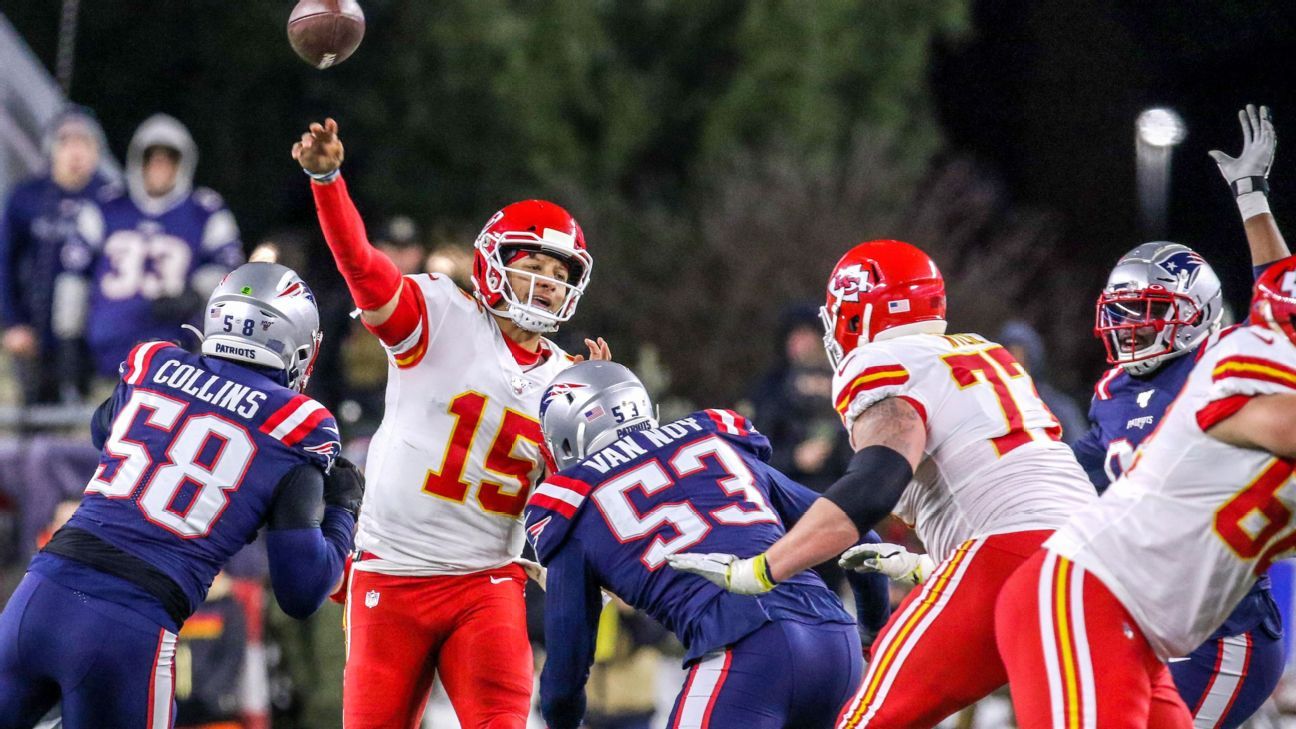 Although quarterback Cam Newton has tested positive for the coronavirus, the New England Patriots will play the Chiefs on Monday night in Kansas City, sources told ESPN’s Adam Schefter.

The plan is contingent on negative COVID-19 tests. Teams don’t usually test on game days, but sources said that both teams will be tested Monday morning. Patriots players were tested Sunday morning and all the tests came back negative, according to sources.

Saturday started with New England confirming that “a Patriots player tested positive for COVID-19,” and that “the player immediately entered self-quarantine.” That player, league sources told Schefter and Field Yates, was Newton.

But the day ended with all other Patriots’ tests returning negative Saturday night, a source told Schefter. The NFL still needs to get the Chiefs’ test results, the source said, but this was what the league needed and wanted to see after a chaotic day in New England.

Earlier in the day, the NFL said in a statement that there were “positive COVID-19 tests on both teams.” The league went on to announce the Patriots-Chiefs game, originally scheduled for Sunday afternoon, would be rescheduled to Monday or Tuesday.

The plan now is for the Patriots to fly Monday during the day and play that night, sources said.

With Newton out, the Patriots will need to find a new starting quarterback. Veteran Brian Hoyer has served as the Patriots’ No. 2 quarterback through the first three weeks of the season, and 2019 fourth-round draft choice Jarrett Stidham has been third on the depth chart.

This marks the first time this season that the Patriots have been affected by the coronavirus. Up to this point, they hadn’t placed a player on the reserve/COVID-19 list.

Coach Bill Belichick had previously said the Patriots, who also have quarterback Jake Dolegala on the practice squad, are fortunate to have good depth at the position.

Newton has been one of the Patriots’ top performers during the team’s 2-1 start. He is 62-of-91 for 714 yards passing, with two touchdown passes and two interceptions, and has added 35 rushes for 149 yards and four touchdowns.

Earlier this week, with news of the Tennessee Titans‘ coronavirus outbreak, Belichick had said: “We monitor everything every day. We don’t just do it when there’s a problem or something comes up somewhere else. We do it on a daily basis and make everyone aware — because this is everybody. It’s not just players; it’s players and coaches and staff and everybody else. If we can do something better, then we talk to them about how we can do it better. So we try to monitor it the best we can, and we, I think, are pretty vigilant with all of us.”

President Donald Trump will host a campaign rally in Pensacola, Florida. The rally is scheduled for 8:00 p.m. EST. This