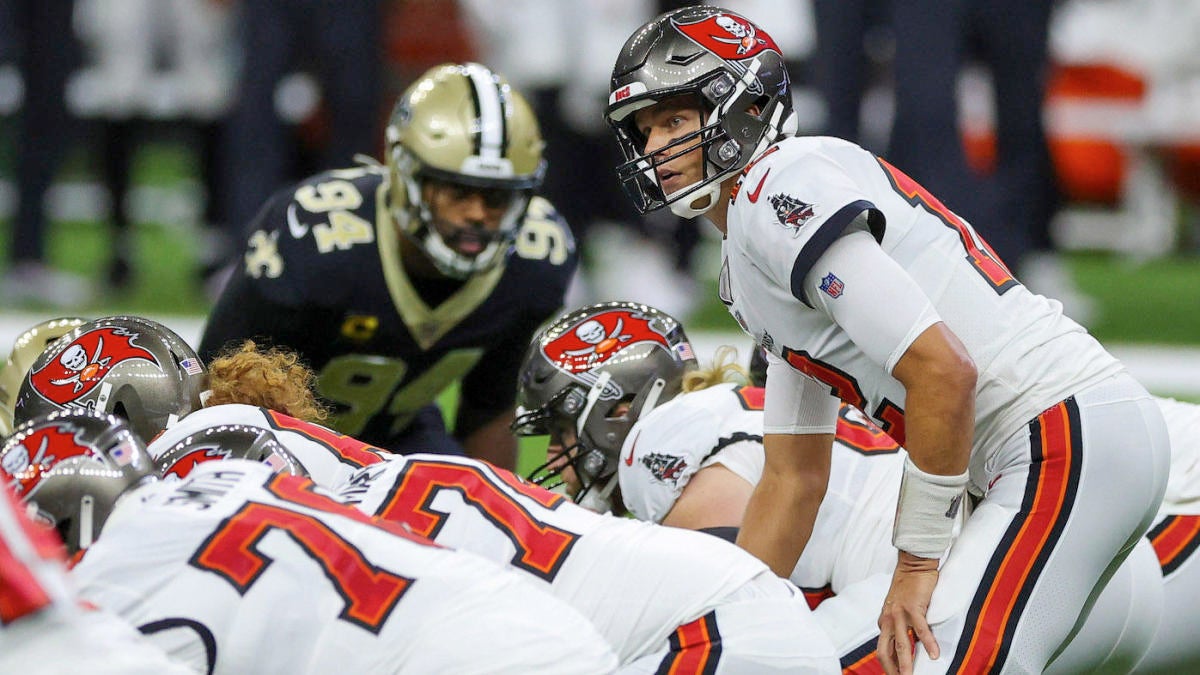 There’s plenty of weirdness and uncertainty still plaguing our daily lives but yesterday we got to wake up and soak in seven straight hours of NFL games and that’s a beautiful thing. I truly missed having an excuse for being a disgusting piece of garbage without an ounce of productivity… so thank you, NFL.

We’ve got a ton to cover in the wake of Week 1 but first I’ve got some exciting news for you: Starting today, you’ll be getting a double-dose of these daily emails. I’ll continue to be with you every single morning but my good bud Tom Fornelli will be hitting you up with CBS HQ PM — a similar newsletter that brings news with a gambling slant — moving forward. Be nice to Tom, he’s one of my favorite people here at CBS Sports, even if he is a horrible darts player.

You ready to party? Let’s get to it.

📰 What you need to know

We’re blessed to have NFL Sundays back in our lives and yesterday basically felt like a holiday on my couch. We were treated to some pretty good football all day long, too, and there were some notable happenings. Let’s hit a quick rundown:

We also had a couple of dramatic comebacks to start the season, as the Washington Football Team rallied from a 17-point deficit to win 27-17 against the Eagles in their first game under new coach Ron Rivera. Mitch Trubisky had a monster fourth quarter (!) to lead the Bears to a comeback win against the Lions. Of course, for every comeback there’s also a collapse… so shoutout to those poor fans who had their hearts stomped on in Week 1.

It feels good to have NFL season in full swing and yesterday was truly a great day for football, and best of all? We’ve got a couple more games to look forward to tonight. You’ll be hearing from Fornelli about those later today.

Well, here’s something we never really expected: The Clippers-Nuggets series is heading to Game 7 this week. After LA went up 3-1 in the series, it looked like Denver’s run was coming to a swift end but, alas, the Clips have had one hell of a time trying to close this thing out. Here’s what went down in Game 6 on Sunday:

Now seems like a good time to remind you that the Clippers have never made the Western Conference Finals and Doc Rivers has already twice lost a series after leading 3-1. We’ll have to wait until tomorrow night to find out whether we’re going to get that Battle of Los Angeles conference final that we’ve been long anticipating, or whether the Clips choke and screw everything up for all of us.

We’ve got no NBA action tonight since the Boston-Miami series doesn’t start until tomorrow. If you want to pass the time, you can read up on five things to know for that Eastern Conference Finals matchup.

For the first time in six years, we’ve got ourselves a first-time Grand Slam champion at the US Open. Dominic Thiem had a rough start to yesterday’s final round but he ultimately came away as the champ after topping Alexander Zverev in an epic five-set match at Arthur Ashe Stadium .

It was pretty strange to have a Grand Slam final without one of tennis’ “big three” (Djokovich, Roger Federer or Rafael Nadal) but maybe this could serve as a turning point for the sport. Or maybe Djokovich just has to learn to keep his act together and not fire tennis balls at people’s throats.

On the women’s side of the tournament, Naomi Osaka, who is just 22, won her third Grand Slam title on Saturday in an epic comeback. She defeated Victoria Azarenka in three sets, 1-6, 6-3, 6-3. Not since 1994 had a player won a US Open women’s final after losing the first set.

Don’t let playoff basketball/playoff hockey, the US Open and a new NFL season distract you from the fact that baseball is still chugging along in its shortened season as well right now. Yesterday was a pretty historic day for MLB, thanks to a couple of notable developments.

Albert Pujols smacked his 660th career home run on Sunday against the Rockies.

Elsewhere, the Chicago Cubs got a no-hitter from Alec Mills — the team’s first no-no since 2016

Also, this is your reminder that baseball’s regular season now has less than two weeks remaining. Crazy, right? There are some compelling races that will be interesting to monitor before we jump into the expanded playoff picture, so that should help keep us occupied as the NBA & NHL playoffs wind down.

📺 What to watch tonight

Aaron Rodgers had himself a day in Minnesota, throwing for 364 yards and picking up four touchdowns as the Packers shredded the favored Vikings.
💵 Winning wagers: Packers +1.5, Over (44.5)

After the Isles opened the scoring in the second period, the Lightning answered 15 seconds later and scored two goals in 12 seconds. Tampa Bay now leads the series 3-1.
💵 Winning wagers: Lightning -154, Under (5.5)

Mike Clevinger threw a complete game, seven-inning gem for the Padres to kick off the front half of a double-header, giving up just two hits and earning his second career shutout.
💵 Winning wagers: Padres -176, Push (6)

Manfred says MLB playoff format will change: ’16 is too many’

The most unprecedented Major League Baseball season concluded with the first 16-team postseason in the sport’s history, but don’t get