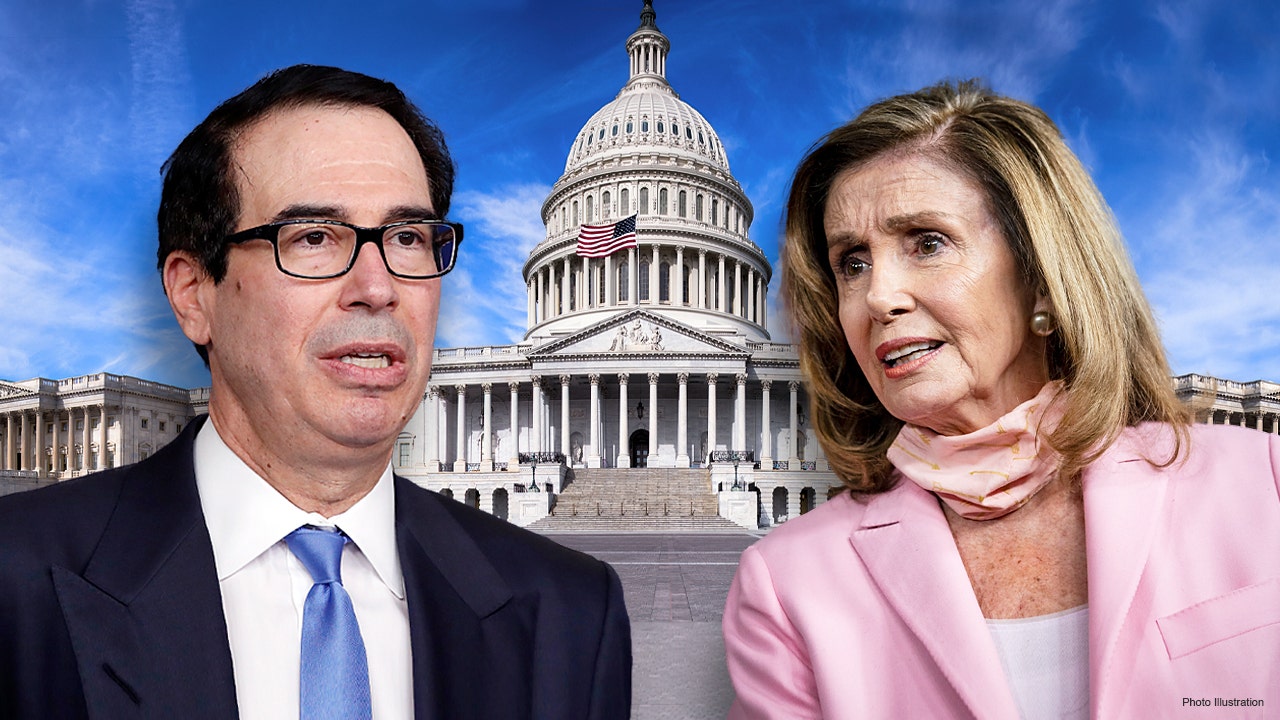 A spokesperson for Pelosi said on Twitter that the House Speaker and Mnuchin spent an hour on the phone on Monday and spoke about justifications for various spending amounts as they prepared for talks to occur on Tuesday.

Rep. Mark Green, R-Tenn., told FOX Business in an interview on Monday that lawmakers were “very close” to reaching a deal, adding that there is some “tactical maneuvering” that is happening.

Spending has been a big point of contention.

Green indicated to FOX Business that Republicans’ spending concerns center around the fact that there are still trillions of dollars’ worth of money that remains unspent from CARES Act provisions.

As previously reported by FOX Business, House Democrats passed a $2.2 trillion revised HEROES Act last week, in a largely symbolic move because Mnuchin said that Republicans would not approve a $2.2 trillion package.

Mnuchin noted that President Trump instructed Republicans to come up from their original negotiating point of $1 trillion – and the Treasury Secretary suggested that the number being discussed was somewhere in the “neighborhood” of $1.5 trillion.

Democrats had originally proposed the $3 trillion HEROES Act in May, which was approved by the Democratic-controlled House of Representatives without Republican support.

Mnuchin, however, noted that there are a number of issues that both sides agreed on, including another round of direct payments to American households.

The Treasury Secretary said more economic impact payments would be included in a stimulus package, if lawmakers can reach an agreement. The terms of those payments, he said, would be similar to the first round of checks distributed under the CARES Act.

It’s rare to see two dirty hits on a quarterback on the same play, but the Atlanta Falcons pulled it