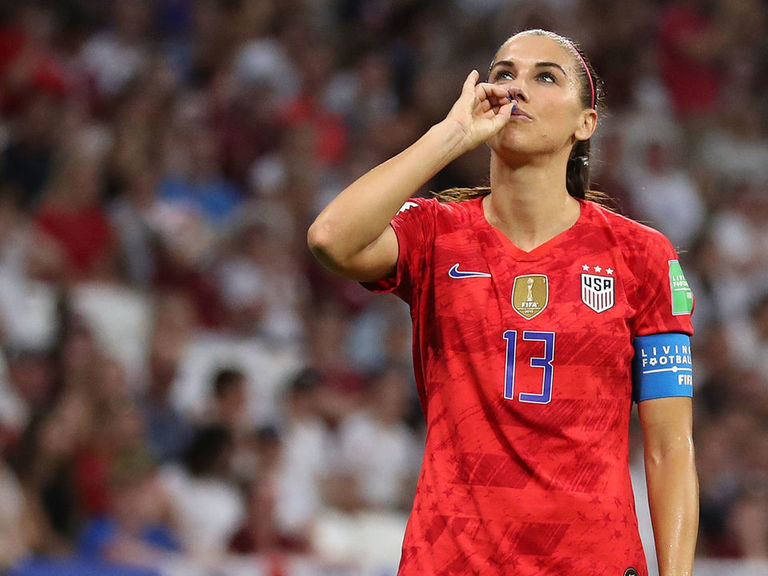 The striker, who represents the Orlando Pride and United States women’s national team, is poised to join Tottenham Hotspur in a major coup for the Women’s Super League, according to BBC Sport’s Tom Garry. She’s expected to sign a short-term loan deal until the end of December.

Morgan, 31, will join an exodus of American soccer players across the pond as they search for alternative competitive action to the NSWL Fall Series, which offers only four matches for each club in September and October.

Defenders Shelina Zadorsky and Alanna Kennedy, teammates of Morgan at the Pride, also agreed to loan spells at Tottenham.

Morgan has scored 107 times over 169 appearances for her country, including a six-goal haul at the World Cup in 2019. She scored one of those goals against England in the semifinals and celebrated by pretending to sip tea.

She’s set to be the most high-profile import in the history of women’s football in England.

The unsung Black cabaret star who took Britain by storm

He was one of the biggest cabaret stars in the world in the 1920s and 1930s, wooed high society and

How can the Supreme Court, other federal courts impact the 2020 election?