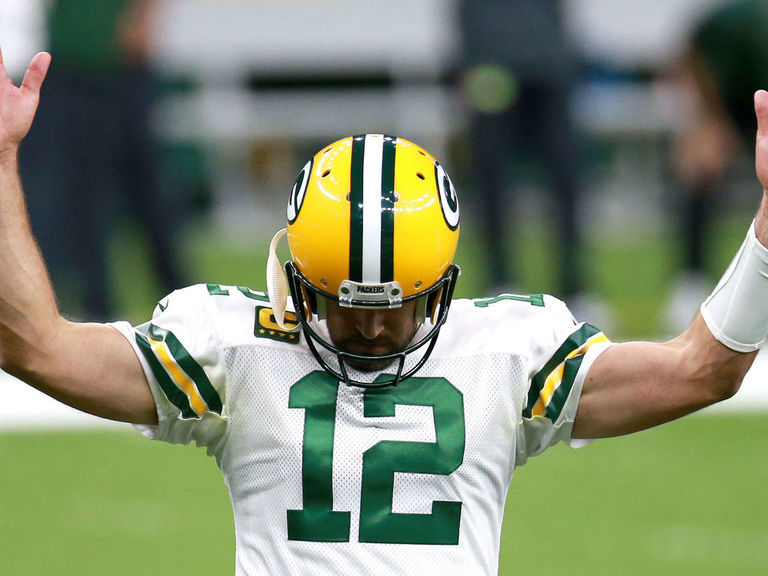 Green Bay Packers quarterback Aaron Rodgers found humor in the notion that he was over the hill following a couple of seasons below his traditional MVP form.

Rodgers saw his numbers dip slightly in 2018 and 2019, prompting chatter that he was no longer capable of carrying the Packers as he had done for years.

Green Bay did him no favors this past offseason, selecting a quarterback in the first round of the 2020 NFL Draft to eventually replace him rather than take a skill player to improve his supporting cast.

However, Rodgers has enjoyed a return to peak form this season. The 36-year-old has thrown for 13 touchdowns and zero interceptions while leading the Packers to a 4-0 start. He’s on pace for 4,856 yards and 52 touchdowns through the air, which would represent new career highs.

Rodgers owns the best touchdown-to-interception ratio in NFL history with a minimum of 1,500 pass attempts, averaging 4.49 touchdowns for every pick he commits. Russell Wilson ranks second, averaging 3.47 touchdowns per interception.

Pat McAfee is not happy with the Big 10’s protocols for handling positive coronavirus cases. Football players in the B1G