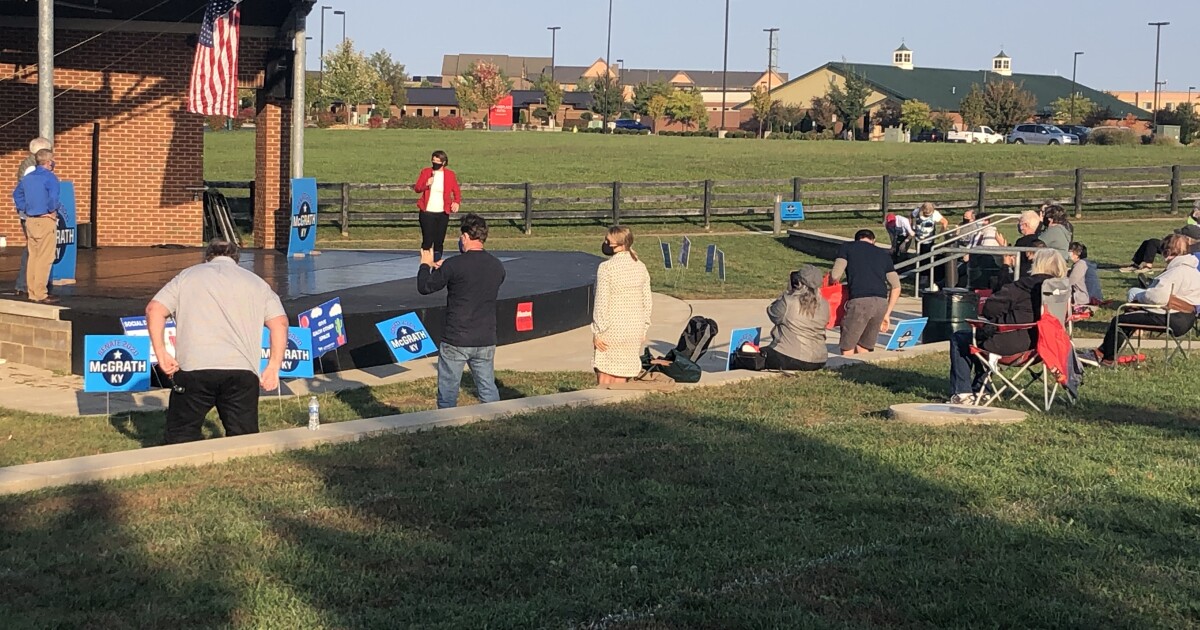 LEXINGTON, Ky. (LEX 18) — Kentucky senate candidates Senator Mitch McConnell and Amy McGrath went back and forth Tuesday over McGrath’s request for McConnell to be tested for coronavirus.

McGrath first called on Senator McConnell to be tested for COVID-19 and release the test results in a statement on Monday.

“A reception celebrating Judge Amy Coney Barrett’s nomination to the Supreme Court appears to have been a super spreader event. McConnell was in recent contact with Judge Barrett, President Trump, and several positive Senate members,” the statement reads in part.

McGrath called Senator McConnell irresponsible for refusing to tell the public when he was last tested for the virus. She spoke about the request following a Lexington rally on Tuesday.

“Given what happened this weekend or last weekend with the rose garden ceremony, I think it’s quite obvious, isn’t it?” McGrath said. “I don’t think it’s a really difficult request to respond to.”

McConnell responded Tuesday with a statement of his own:

“I’m unaware where Amy McGrath went to medical school, but I take my health care advice from my doctor, not my political opponent. At the end of the campaign season, it’s imperative for all of us to tune out erratic and uninformed campaign rhetoric and make health care decisions for ourselves based on CDC guidance and our health care professionals.”

McGrath also criticized McConnell after President Trump tweeted he would delay negotiations on an additional coronavirus relief bill until after the election, writing that House Speaker Nancy Pelosi negotiated in bad faith.

Nancy Pelosi is asking for $2.4 Trillion Dollars to bailout poorly run, high crime, Democrat States, money that is in no way related to COVID-19. We made a very generous offer of $1.6 Trillion Dollars and, as usual, she is not negotiating in good faith. I am rejecting their…

“…And quitting on the very aid that almost everybody says we need right now, including himself. How do you justify that Senator McConnell?” McGrath said.

Senator McConnell appeared on Fox News Tuesday night, where he said he believes another recovery bill is needed, but he does not believe Democrats want to reach a deal soon.

The sun is high the next afternoon when I meet Chiuri in a garden nearby. She laughs with gusto at