The 2020 NBA Draft finally arrived Wednesday, which meant 60 young men received the opportunity to hear their names called and accomplish the dream of making it to the NBA.

The first round of this year’s draft provided the number one overall pick many predicted, while also offering a few surprises and an intriguing pairing in Charlotte.

And with the first overall pick …

The Minnesota Timberwolves selected Anthony Edwards out of the University of Georgia.

The guard averaged 19.1 points per game and 5.2 rebounds per game as a freshman.

Edwards was the betting favorite to be the first overall pick according to FOX Bet.

The Golden State Warriors add size in the middle

After missing the playoffs for the first time since 2012, the Warriors found themselves with the second overall pick in the draft.

And they used it to get bigger up front, drafting center James Wiseman out of Memphis. Check out some of the highlights from his abbreviated college season below: 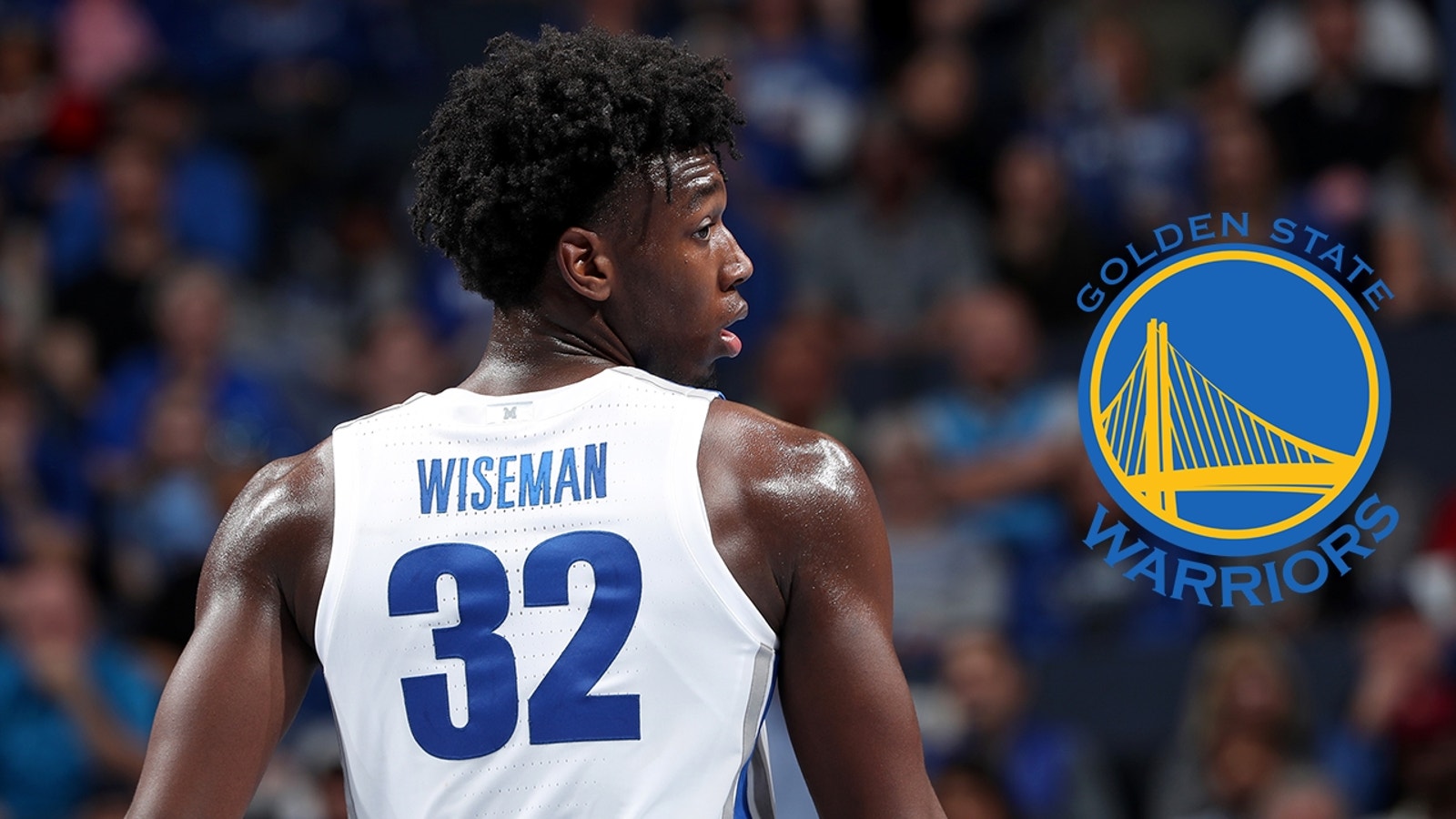 Wiseman only played three games in college, but he was dominant, averaging 19.7 points and 10.7 rebounds while shooting 77% from the field.

His selection will hopefully help the Warriors rebound from being one of the worst teams in the NBA in rebounding and rim protection in the 2019-2020 season.

Unfortunately for the Warriors, their good fortune on draft day was met with some awful news for one of their stars.

Another Ball in the NBA

For the second time now, the Ball family has placed a guard in the top three of their respective NBA Draft.

After Lonzo Ball went number two overall to the Los Angeles Lakers in the 2017 NBA Draft, LaMelo Ball is following in his older brother’s footsteps, being selected third overall by the Charlotte Hornets.

Both Lonzo and LaMelo are now the first set of brothers to both be selected in the top five of the NBA Draft.

Of course, there is also the added Lavar Ball and Michael Jordan factor to this pick. Lavar, the father of Lonzo and LaMelo, famously said he could beat His Airness one on one.

And social media didn’t pass on the opportunity to rehash that statement.

The Chicago Bulls go outside of the box

With the first shocker of the 2020 NBA Draft, the Chicago Bulls drafted Patrick Williams out of Florida State University.

As a freshman, the small forward averaged 9.2 points and four rebounds in only 22.5 minutes per game off of the bench.

No Blue Devils in the first round

While the Duke Blue Devils and Kentucky Wildcats have been prominent fixtures in the first round of the NBA Draft during the one and done era, Duke didn’t have much success Wednesday night.

For the first time in a decade, Duke failed to have a player drafted in the first round of the NBA Draft.

The first Duke player selected was freshman center Vernon Carey Jr., who was selected with the 32nd pick in draft by the Charlotte Hornets.

The Cleveland Cavaliers select the fourth freshman in the top five

The trend of one and done’s going in the top five continued with the Cleveland Cavaliers selecting Isaac Okoro from Auburn University.

The freshman forward averaged 12.9 points and 4.4 rebounds during his lone season at Auburn and could even be considered a late bloomer.

Okoro wasn’t a McDonald’s All-American in high school or one of the top 25 players from his senior class but has managed to rise up draft boards to being selected in the top five.

The New York Knicks selected Obi Toppin, the 2019 Wooden Award winner, with the eighth pick in the draft.

Toppin shot 63 percent from the field while averaging 20 points and 7.5 rebounds and serving as a walking highlight reel this past season at Dayton.

And to make the pick even sweeter, Toppin is a New York native. 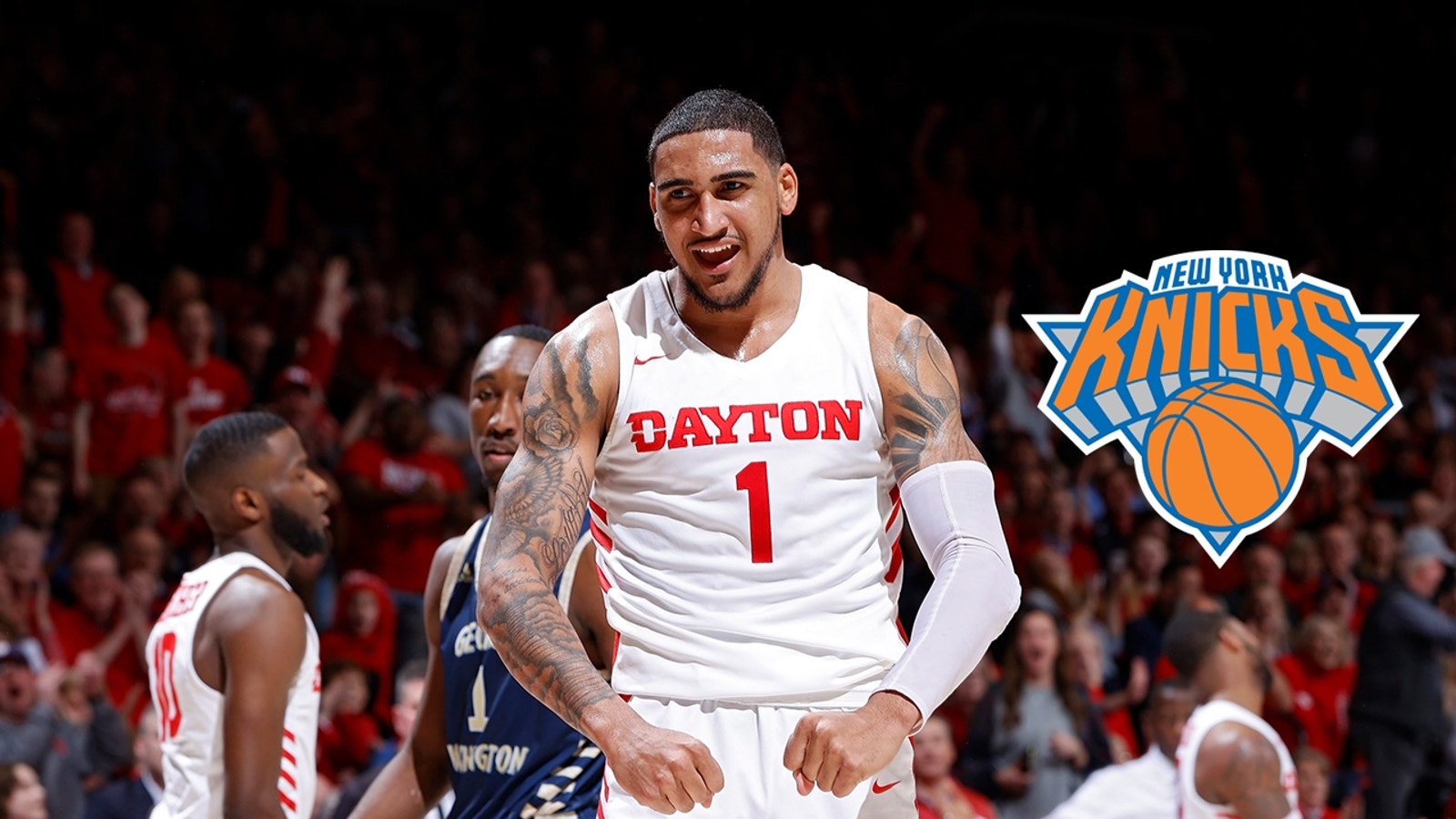 Rounding out the top 10

The Phoenix Suns concluded the top 10 of the NBA Draft with the selection of Maryland sophomore big man Jalen Smith.

With the addition of Chris Paul, Smith is the perfect big man to play with one of the greatest pick and roll point guards the NBA has seen.

Smith was one of the most efficient rolling big men in college basketball this past season.

The Celtics close out the lottery

The Boston Celtics closed out the lottery portion of the draft with the selection of Vanderbilt sharpshooter Aaron Nesmith.

Nesmith is widely regarded as the best shooter in the draft after shooting 52% from three-point range as a sophomore while making 4.3 per game.

The Miami Heat bolster their frontcourt

The reigning Eastern Conference champion Miami Heat made the Finals on the back of a balanced offense and sound team defense.

They added a player who will fit right in on the defensive end for them next to All-Star Bam Adebayo.

The Heat selected freshman forward Precious Achiuwa from Memphis with the 19th pick.

Achiuwa averaged 15.8 points and 10.8 rebounds in his lone season in college while winning player of the year in the American Athletic Conference.

The Memphis Grizzlies made the final selection of the first round, selecting Desmond Bane from TCU.

Bane averaged 16.6 points while shooting 44% from three-point range as a senior.

To add to the good news of being selected in the first round, Bane has the approval of the Grizzlies reigning rookie of the year Ja Morant.

Get more from National Basketball Association Add to your favorites to get information about games, news and more.

The NFC East’s Pain Is Your Gain

WALSH: A Return To ‘Normalcy’ And ‘Decency’ Under Biden Means Forcing Girls To Share Bathrooms With Boys

Joe Biden, who for the first 65 or 70 years of his life showed no interest in trans issues, and never

Biden’s Already Betrayed His Own Mask Mandate and the Troops

Florida To Require Proof Of Residency To Receive COVID-19 Vaccine

01/22/2021 Bluegrass Direct News
We use cookies on our website to give you the most relevant experience by remembering your preferences and repeat visits. By clicking “Accept”, you consent to the use of ALL the cookies.
Cookie settingsACCEPT
Manage consent