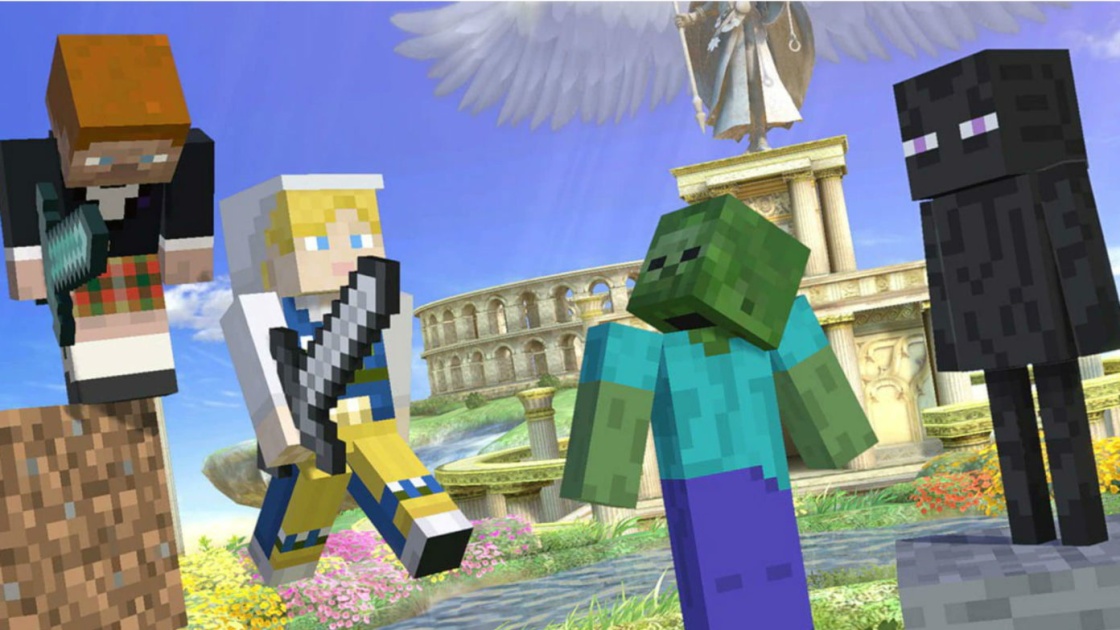 A few days after the reveal that Steve would be the latest fighter in Nintendo’s blockbuster brawler, Super Smash Bros. Ultimate’s new Minecraft DLC has a release date. Challenger Pack 7: Steve & Alex will bring the new character along with three skins, a Minecraft-themed stage, and seven music tracks. Several Mii Fighter costumes will also be added alongside the new DLC, three of which are Minecraft-themed.

From the Mr. Sakurai Presents video posted on Nintendo’s YouTube channel, we can see that Steve is one of the most complex characters to be added to Super Smash Bros. Ultimate yet. The devs somehow distilled the Minecraft experience into a viable fighting style, and Steve introduces an entirely new set of mechanics into the game.

Steve’s basic attacks are much like other fighters and utilize his sword, ax, and pickaxe. However, these tools, like the ones in Minecraft, have limited durability. If the tools break, they significantly lower Steve’s attack power, which means you’ll need to continually mine and craft replacements. That’s right; Super Smash Bros. has crafting now.

During the fight, Steve can mine materials from any ground or wall surface. The composition of the surface influences what type of materials you get, and they’re ranked much the same way as they are in Minecraft. This means you’ll need to prioritize what parts of the level you mine from, as crafting iron, gold, or diamond weapons is a better use of your time than going for wood or stone. You’ll also need to use a crafting table that appears in the level to produce these new weapons, which can be destroyed by attacks.

In exchange for his increased complexity, Steve is a powerful character. He has multiple launch attacks, a unique grab mechanic that pins a foe down inside a fence, and he can use materials to create blocks that serve as temporary platforms.

You can get Steve in one of two ways. The Challenger Pack 7: Steve & Alex DLC is available separately for $5.99. Alternatively, you can purchase Fighters Pass Vol. 2 for $29.99 and get Min Min from ARMS, Steve, and four yet to be announced fighters. No matter how you obtain it, the Super Smash Bros. Ultimate Minecraft DLC will launch on October 13, worldwide.

Authorities in Mexico were shocked Sunday when they seized a large, industrial-scale meth and fentanyl lab capable of processing 11,000