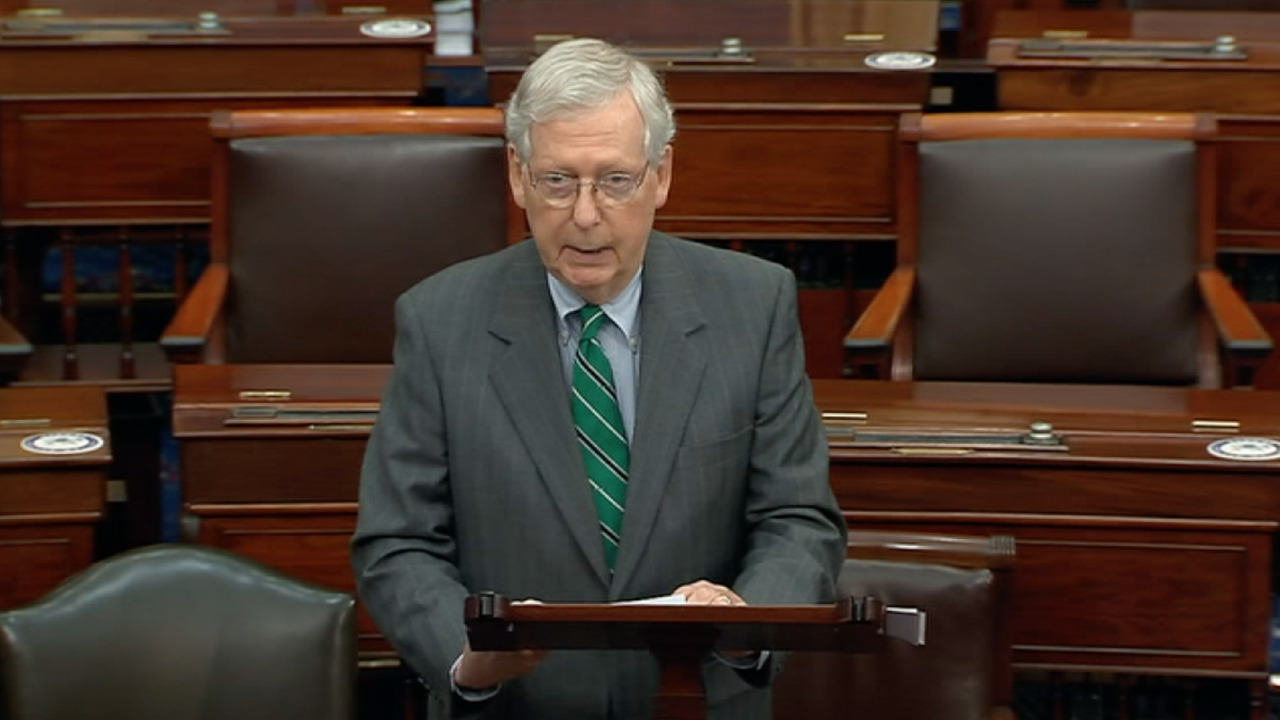 Senate Majority Leader Mitch McConnell quickly indicated what the Senate would do in the wake of the late Justice Ruth Bader Ginsburg’s death on Friday evening: he said in a nominee from President Trump would get a vote.

“The Senate and the nation mourn the sudden passing of Justice Ruth Bader Ginsburg and the conclusion of her extraordinary American life,” McConnell said in a statement.

He added: “President Trump’s nominee will receive a vote on the floor of the United States Senate.”

The move by McConnell to quickly declare his plans is both very similar and very different to what he did in 2016 after the passing of Ginsburg’s close friend, Justice Antonin Scalia. McConnell immediately issued a statement saying that the Senate wouldn’t consider any nominee from then-President Obama, while on vacation in the Caribbean.

McConnell in a November 2019 conversation at the Federalist Society Kentucky Chapters Conference detailed the immediate aftermath of Justice Scalia’s passing:

We were out of session for a week, I had just started a one-week vacation with my wife in the Caribbean, not planning on thinking much about politics or government for a week. As soon as the plane landed I turned on my device and found out Justice Scalia had passed away.

I went to my room, turned on the television, started thinking first about my relationship with him over the years. And second, fast forward as you always do in the political business to the present, and I sent out a statement saying this vacancy will be filled by the person that’s going to be elected President of the United States this November. Boom.

Why did I do it so quickly? I had members all over the country and all over the world. I didn’t want to deal with 52 different opinions when we got back about how we were going to handle it. And so I decided to lay down a marker and hope that people would fall in line. And with few exceptions, they did. We also decided not to have any hearings or any processing of the nomination because it was my anticipated that President Obama would name a well-qualified person and he did.

The majority leader said Friday night why he believes there is a difference between 2016 and 2020: “In the last midterm election before Justice Scalia’s death in 2016, Americans elected a Republican Senate majority because we pledged to check and balance the last days of a lame-duck president’s second term. We kept our promise. Since the 1880s, no Senate has confirmed an opposite-party president’s Supreme Court nominee in a presidential election year.”

McConnell continued: “By contrast, Americans reelected our majority in 2016 and expanded it in 2018 because we pledged to work with President Trump and support his agenda, particularly his outstanding appointments to the federal judiciary. Once again, we will keep our promise.”

The majority leader in his conversation at the Federalist Society event also details the confirmations of Justice Gorsuch and Justice Kavanaugh from his perspective as the one shepherding the nominations through the Senate.

He will now be faced with perhaps the most difficult judicial confirmation in his time leading the Senate. McConnell is going to try to confirm a nominee from a highly controversial president, with less than two months until a presidential election, in the middle of a global pandemic, after the passing of the anchor of the liberal wing of the court, whose seat he will try to fill with a conservative.

Photo Of The Day By David Gorke